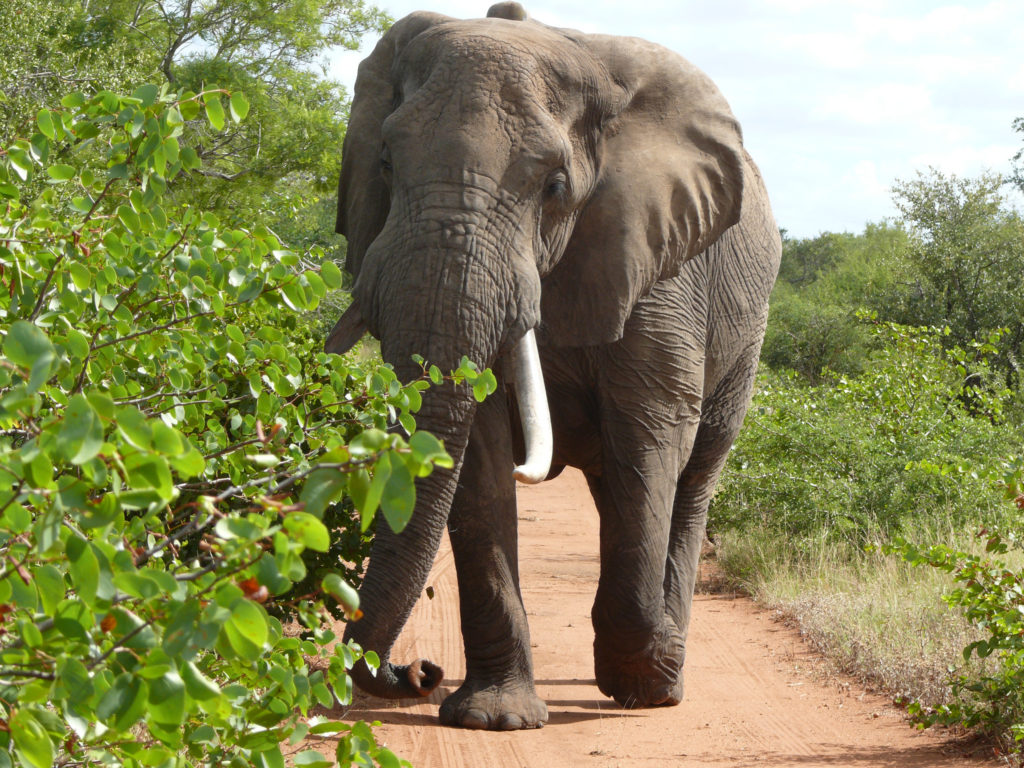 Poaching and habitat loss have reduced Central African elephant populations by 63% since 2001.  These losses not only pose dire consequences for the elephants themselves but also for the forests in which they live.

A study by Duke University has found that removing elephants from the forests (either as a result of poaching or by confining them to specific areas) will result in major changes in tree-species composition and structure in as much as 96% of Central Africa’s forests.

These changes will happen because elephants act as ecological engineers that create and maintain the forest habitat by dispersing seeds, recycling and spreading nutrients, and clearing understories.

Elephants are very large, so they can eat fruits and disperse seeds that are too big for other animals to digest.  They are also highly mobile, so they help disperse seeds over large areas through their dung.

Without elephants, many tree species will not have a means for long-distance seed dispersal.  Instead, trees whose seeds are dispersed by smaller animals may fill the void and the composition of the forest will be dramatically altered.

Without elephants, there will also be a more limited distribution of the nutrients contained in their dung.  Again, this will lead to major changes in the forest ecosystem.

Elephants have a large effect on forests by eating or trampling slow-growing plants, allowing more light in and reducing competition for water and nutrients.  Diminishing these effects will doubtless favor some species in the forest and not others.

Photo, posted February 28, 2011, courtesy of the U.S. Fish and Wildlife Service via Flickr.