You are here: Home / Podcast / Climbing To Escape The Heat | Earth Wise 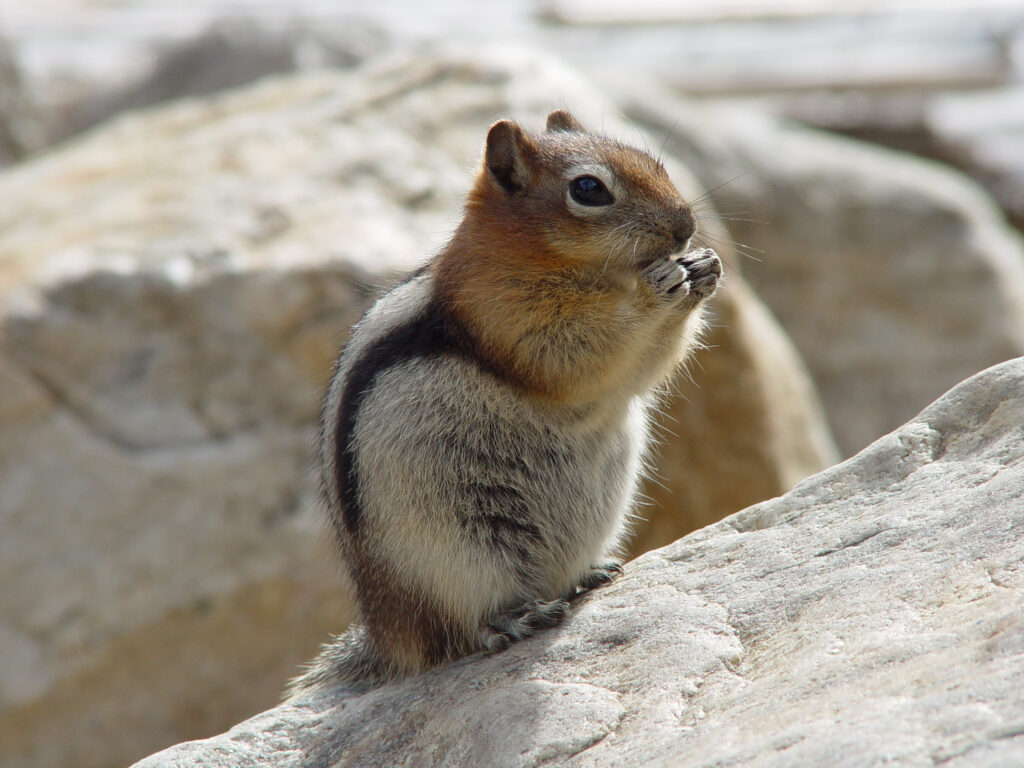 Colorado has warmed by nearly 3.5 degrees Fahrenheit since the 1980s because of human-caused climate change.   As a result, many mammal species have shifted uphill to escape the heat.

The golden-mantled ground squirrel is a popular sight among tourists in the Rocky Mountains.  It is one of the most photographed animals there as they pose on rocks near roadsides and in campgrounds.  According to University of Colorado research recently published in the journal Ecology, these squirrels have shifted their range upward by 659 feet.  The new study looked at the ground squirrels along with 46 other small mammals.  On average, these animals have shifted their range upward by more than 400 feet since the 1980s.

The researchers visited multiple sites in Colorado’s Front Range and San Juan mountains over the course of several years to collect records of the current ranges of these 47 animals. They then compared the findings from their surveys to over 4,000 historic records from collections dating back to the 1980s.

The researchers expected to see some changes, but not of the magnitude they observed.  For example, before 1980, the pygmy shrew was never detected above about 9,800 feet in elevation.  Today, its maximum extent is more than 11,800 feet.

Montane mammals – which are those who already live at higher elevations – have moved up an additional 1,100 feet on average.  If this trend continues, some animals and even entire communities may be pushed to the tops of mountains with nowhere else to go.  According to the researchers, the study paints a stark picture of a mountain range in crisis.