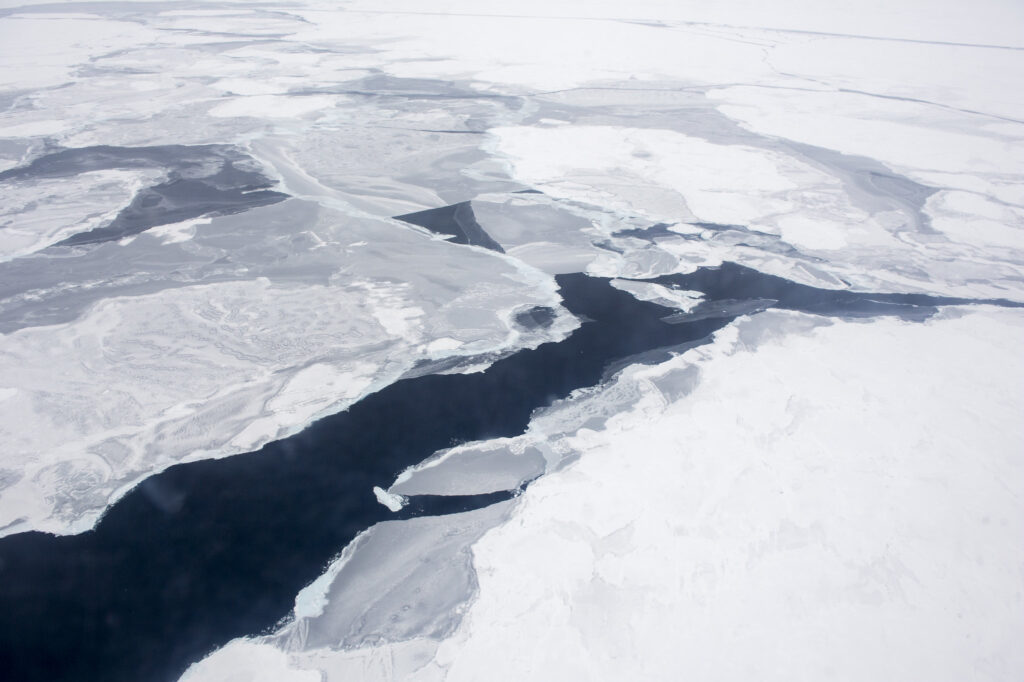 An international team of researchers has found evidence that frozen methane deposits in the Arctic Ocean have started to be released over a large area of the continental slope off the East Siberian coast.  High levels of methane have been detected down to a depth of 1,100 feet in the Laptev Sea near Russia.

The slope sediments in the Arctic contain huge quantities of methane and other gases, known as hydrates.  Methane has a warming effect 80 times stronger than carbon dioxide over a 20-year period.  The US Geological Survey has identified Arctic hydrate destabilization as one of the four most serious scenarios for abrupt climate change.

The research team aboard a Russian ship said that most of the bubbles they observed coming up from the sea bottom were dissolving in the water, but that methane levels at the surface were four to eight times what would normally be expected.

Frozen methane deposits have been called the “sleeping giants of the carbon cycle.”  If these deposit releases were to reach a high enough level, it would be a tipping point that could greatly increase the speed of global warming.  With Arctic temperatures now rising more than twice as fast as the global average, the likelihood of a significant release of the frozen methane grows greater all the time.

Temperatures in Siberia were 9 degrees Fahrenheit higher than average from January to June this year.  Last winter’s sea ice melted unusually early.  This winter’s freeze has yet to begin, which is already a later start than any time on record.

These new discharges of methane are larger than anything found before and are a very worrisome occurrence.