You are here: Home / Podcast / An Elephant Repellant 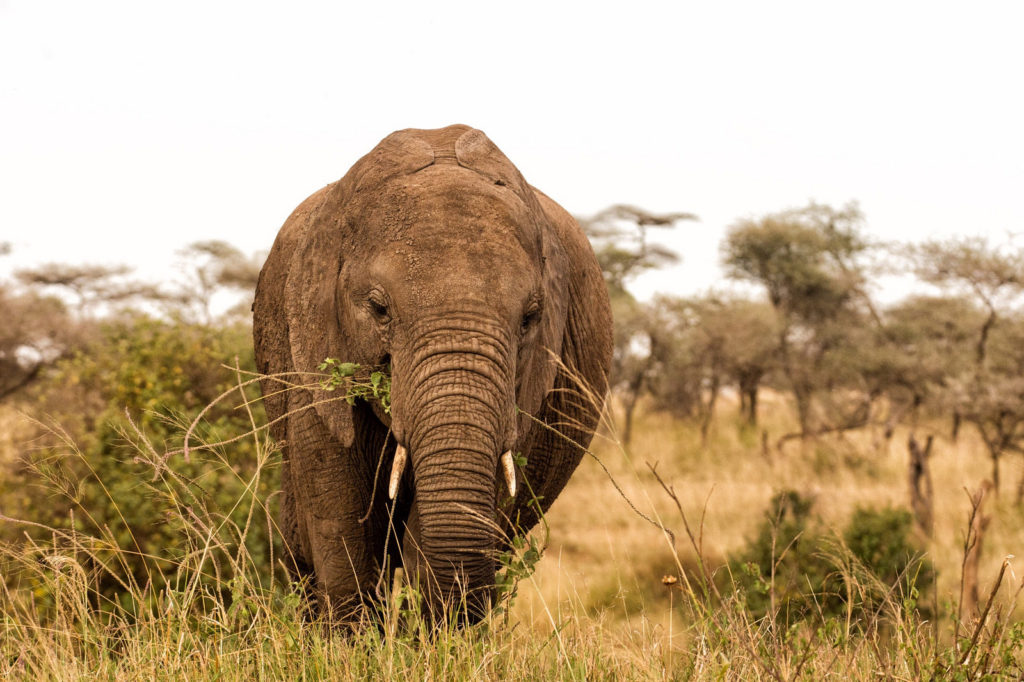 Growing human populations in Africa and Asia have created ever larger areas where elephants conflict with humans by trampling crops or causing other damage.  These conflicts have occasionally been tragic when people were trampled to death and there are serious consequences when crops are destroyed.  The individual elephants responsible for such destruction are often killed.

People have been searching for ways to safely repel elephants from areas where they are not wanted.  A collaborative study between several universities, an elephant protection organization, and a California biotech company has led to the development of an organic formulation containing honeybee pheromones that is very effective in repelling elephants.

Previous studies have demonstrated that active bee hives can deter elephants from crops because elephants hate to be stung.  In fact, some farmers in Africa place commercial bee hives along their fence lines to protect their crops from elephants.

But such a strategy is difficult to implement on a large scale.  The new approach makes use of an alarm pheromone that bees release when they perceive an external threat.  The pheromone alerts other bees to defend their hive.  When exposed to the pheromone, elephants show increased alertness, signs of uncertainly, and finally they move away.

The researchers dispensed the pheromones in white socks weighted with rocks hanging from low-lying tree branches.  In tests, 25 out of 29 elephants who approached the socks moved away after smelling the formulation.

Remarkably, the behavior of these huge animals can be modified using chemical signals from tiny insects.  It can both save elephants and help farmers.  The pheromone formulation is a promising approach to safely avoid a dangerous interaction between people and elephants.

‘An Elephant Repellant’ from Earth Wise is a production of WAMC Northeast Public Radio.