You are here: Home / Podcast / A New Kind Of Antibiotic | Earth Wise 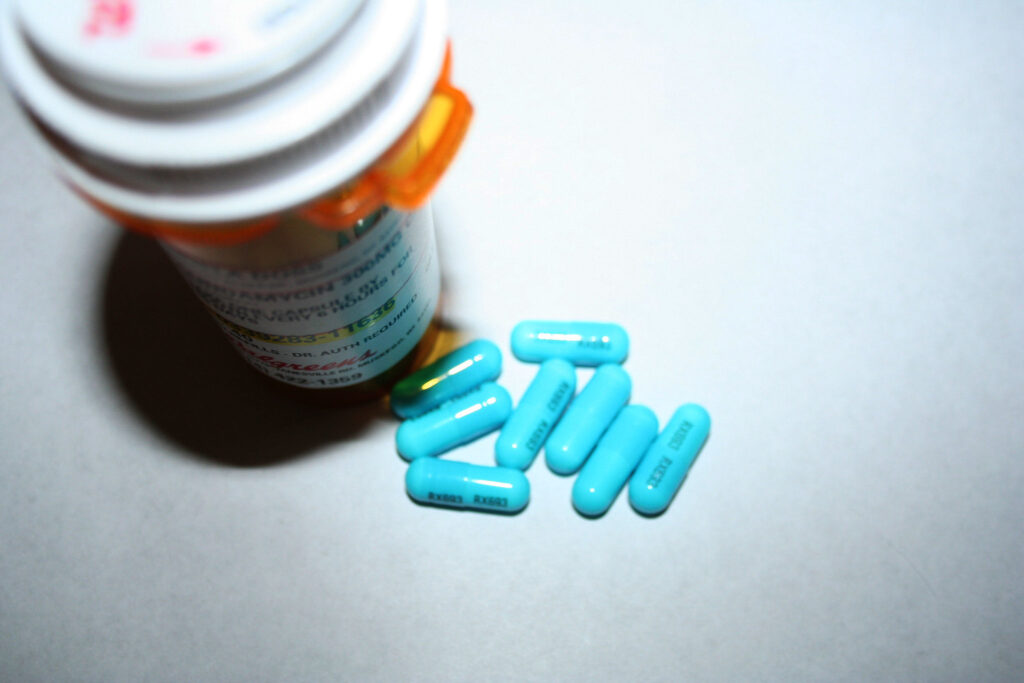 Antimicrobial resistance is a serious and growing problem for public health.  Over time, more and more types of bacteria have become resistant to known antibiotics making it very difficult to treat various kinds of infections.

A new group of antibiotics with a unique approach to attacking bacteria has been discovered at McMaster University in Canada, representing a promising new clinical approach in the fight against antimicrobial resistance.

The newly found corbomycin and the lesser-known complestatin have a never-before-seen way to kill bacteria, namely, breaking the function of the bacterial cell wall. Bacteria have a wall around the outside of their cells that gives them shape and is a source of strength.  Antibiotics like penicillin kill bacteria by preventing building of the wall, but the new antibiotics work by doing the opposite – they prevent the wall from being broken down. Breaking down the cell wall is critical for cells to divide. In order for bacteria to grow and spread, they need to expand and divide. By completely blocking the breakdown of the wall, it is as if the bacterium is trapped in a prison and can’t expand or grow.

The researchers demonstrated in mice that these new antibiotics can block infections caused by the drug resistant Staphylococcus aureus which is a group of bacteria that can cause many serious infections.

The researchers believe this new approach can be applied to other antibiotics and lead to the discovery of new ones with different mechanisms of action. This study found one completely new antibiotic, but since then, they have found a few others in the same family that have this same new mechanism.

Antibiotics discovered that kill bacteria in a new way