You are here: Home / Air and Water / Turtles Delay Flights 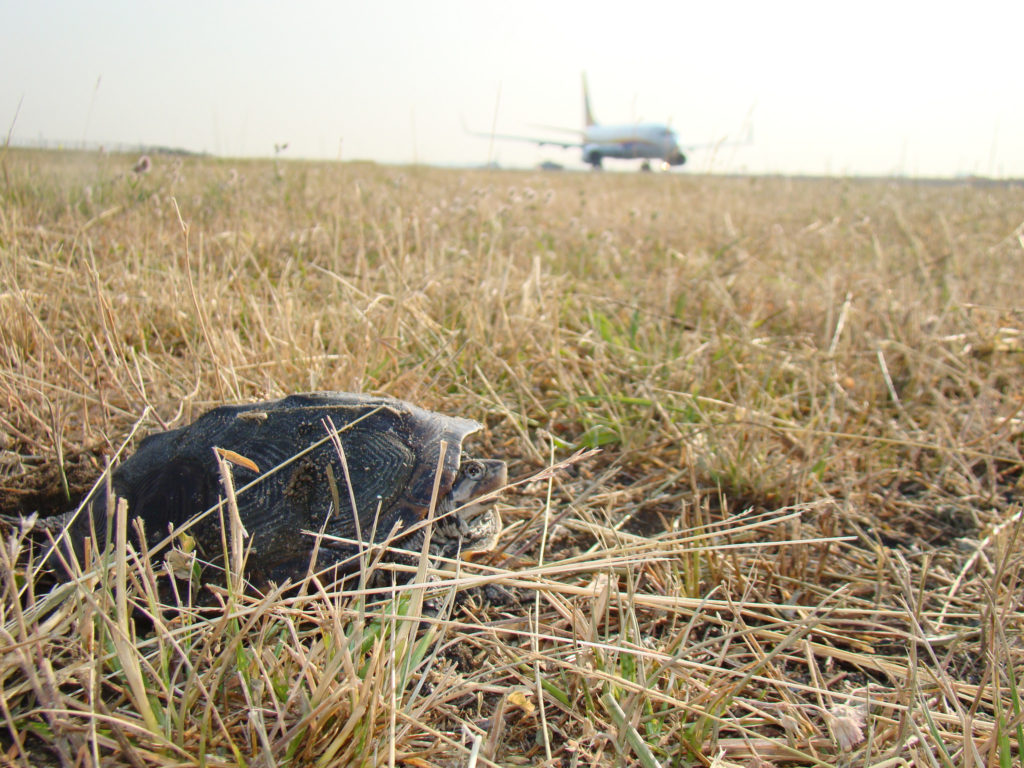 Well, cars are not the only threats encountered by amorous turtles in New York.  Jet planes are also an issue.  On a Friday afternoon in July, several flights at JFK Airport faced delays when dozens of turtles decided to leave Jamaica Bay and cross some runways.

This is not the first time this has happened.  Thousands of diamondback terrapins live in the Jamaica Bay area and, for some reason, they don’t want to lay their eggs on a quiet beach; they opt for a sandy area that lines the perimeter of the airport.  In 2013, the Port Authority installed 4,000 feet of plastic tubing as a barrier to discourage turtles from entering the airport, and that has reduced the numbers of turtles getting in.  But it turns out that these barriers are underwater during high tides.  Also, there has been a decline in predation of turtle eggs by their main enemy – raccoons.  It isn’t clear why, but it does account for an increase in the turtle population.

In any event, many people found themselves sitting in planes on the JFK tarmac waiting for airport wildlife biologists to safely remove the turtles.  Most of the passengers found the situation amusing or charming rather than annoying.  Many commented that this was the first time they weren’t angry about a flight delay.

Airports employ biologists to deal with problem animals such as birds.  In New York, they also deal with turtles.