You are here: Home / Our Environment / The Great American Eclipse 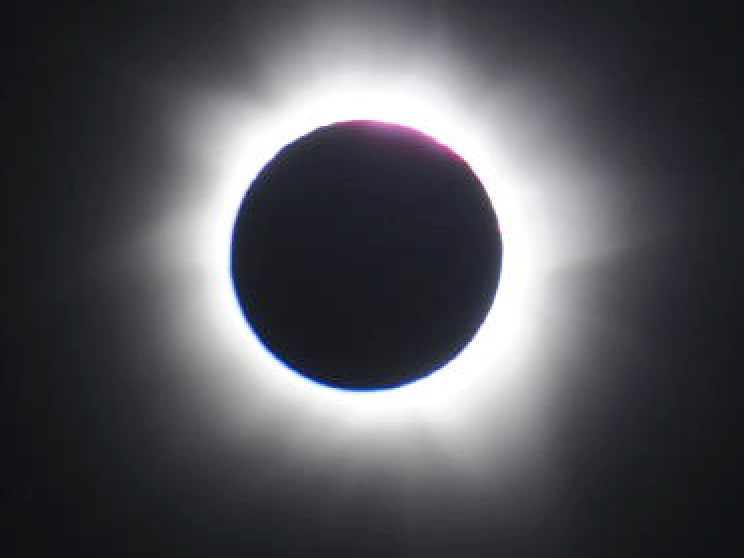 On Monday, August 21, there will be a total solar eclipse visible in a band across the entire contiguous United States.  The last time that happened was in June of 1918.  In fact, the last time a total solar eclipse was visible anywhere at all in the continental U.S. was in 1979.  So, this is a big deal for American eclipse watchers and millions of us will be heading for some part of the 65-mile-wide band of totality that wends its way from Oregon to South Carolina.

The blacking out of the sun will speed across the country over the course of about 93 minutes from west to east.  Viewers in any one location will experience the totality for about 2 1/2 minutes.

This will be perhaps the most documented and most appreciated eclipse ever, with communities all along the path of totality hosting eclipse-watching events of all sorts, many occupying the entire weekend before the main event.  Sales are booming for special safety glasses that are essential for viewing all the stages of the eclipse apart from those magic minutes of totality.

It isn’t just fun and games.  Scientists are taking advantage of the domestic eclipse to do a wide range of research observations.  For example, scientists at the Southwest Research Institute in Boulder, Colorado, will use visible and infrared telescopes on NASA WB-57 airplanes that will race the sun and observe the sun’s corona and the otherwise blinded-out planet Mercury for a total of 8 minutes instead of just 2.

Many other teams will be gathering data on the eclipse, including experiments utilizing citizen scientists.  This is a once-in-a-lifetime opportunity, except for the lucky fact that there will be another total eclipse in the United States in April, 2024.

‘The Great American Eclipse’ from Earth Wise is a production of WAMC Northeast Public Radio.