You are here: Home / Agriculture / Invasion Of The Sea Pickles 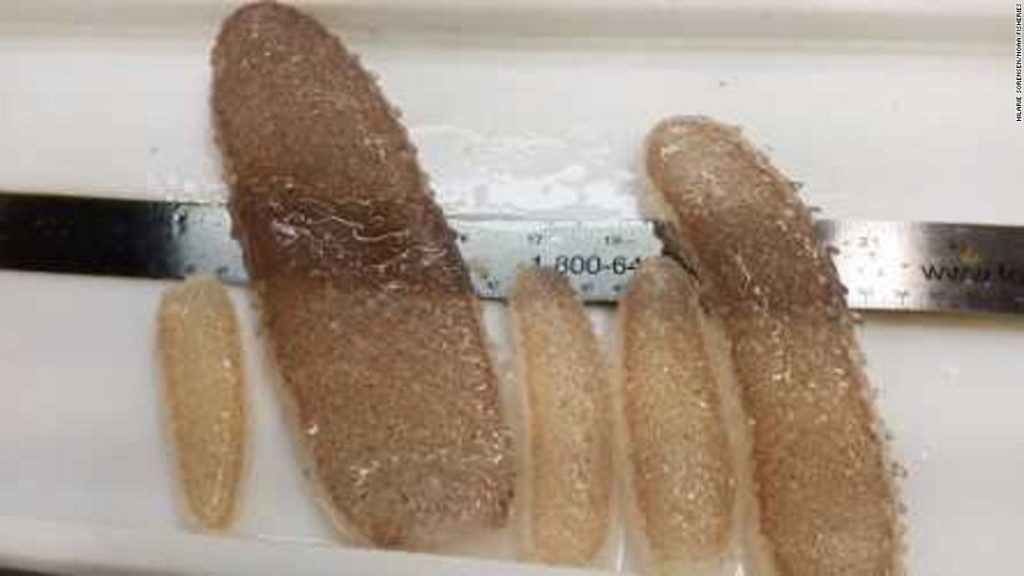 Sea pickles are translucent, tubular creatures that are usually found in tropical ocean waters.   Also known as pyrosomes, they are actually made up of many small multicellular organisms that are linked together in a tunic to form a tubelike colony that is closed on one end.

Back in 2014, there started to be reports of sea pickles on the West Coast of the U.S.   A few more sightings took place in the following year or so.   But this year, starting around February, there have suddenly been huge numbers in western coastal waters from California to Alaska that have become a major nuisance for fishermen.

A survey conducted by NOAA in May found large populations stretching from 40 to 200 miles off the Oregon coast.  One fisherman towing a net for five minutes picked up 60,000 of the creatures.

The invasion of the sea pickles is stopping some fishermen in their tracks.  In some places, the clusters of pyrosomes are so tightly packed that they can’t catch anything.

Scientists are not at all sure what has led to the massive surge in sea pickle population.  The most likely explanation is changes in water temperature.  Somehow, the creatures drifted into warmer western waters and have multiplied like crazy.

Not only are the sea pickles occurring in tremendous numbers, they are also getting big.  Some of them are more than 2 feet long, causing more complications for fishing boats.

The numbers of sea pickles in places like Alaska are now down from their highest levels, but they have caused costly delays in fishing seasons that are pretty short to begin with.  It may sound like a really bad movie, but the invasion of the sea pickles is no laughing matter.

‘Invasion of the Sea Pickles’ from Earth Wise is a production of WAMC Northeast Public Radio.