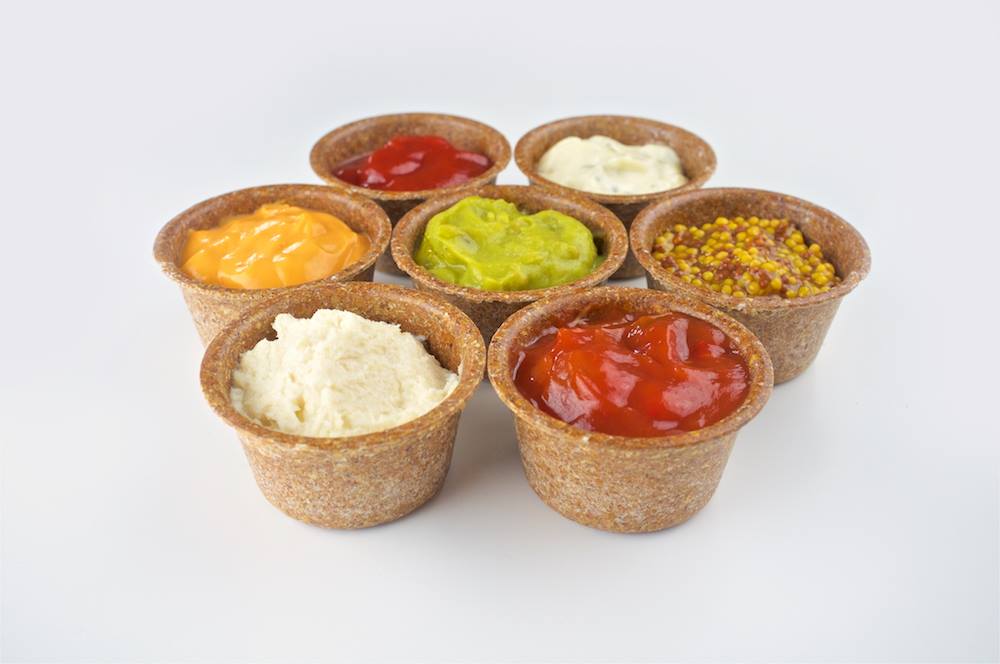 The problems caused by plastics in the environment continue to mount.  Major companies around the world are endorsing and promoting efforts to combat the problem including the New Plastics Economy Initiative which aims to have 70% of plastic packaging reused and recycled globally, which is five times more than the current percentage.

Among the major culprits are disposable plates and cutlery which, even if based on paper, often have coatings that make them unsuitable for recycling.

A company in Poland named Biotrem offers a unique solution to the problem:  edible tableware made from wheat.  The company’s products were developed by Jerzy Wysocki, whose family has been in the milling business for over a century.  Wysocki decided that the large quantities of wheat bran that were the byproduct of the milling operations ought to be put to use.

He discovered that if he mixed wheat bran with water and then heated and pressurized it, it turns into a light, sturdy organic material.  So he built a machine on his farm and began producing biodegradable (and edible) tableware.

Biotrem sells plates in a variety of shapes and sizes, bowls, and cutlery. The tableware is suitable for serving hot and cold dishes and can be used in both conventional and microwave ovens.   When discarded, the products decompose within a month.  According to those who have tried it, the tableware is not especially tasty or easy to eat, although some people have enjoyed a version of pizza using a Biotrem plate as the crust.  Nonetheless, it is a far cry from the plasticware that currently threatens the environment.

Biotrem products are available in ten countries in Europe and the United Kingdom.

‘Edible Tableware’ from EarthWise is a production of WAMC Northeast Public Radio.