You are here: Home / Air and Water / A New Record For Solar Hydrogen Production 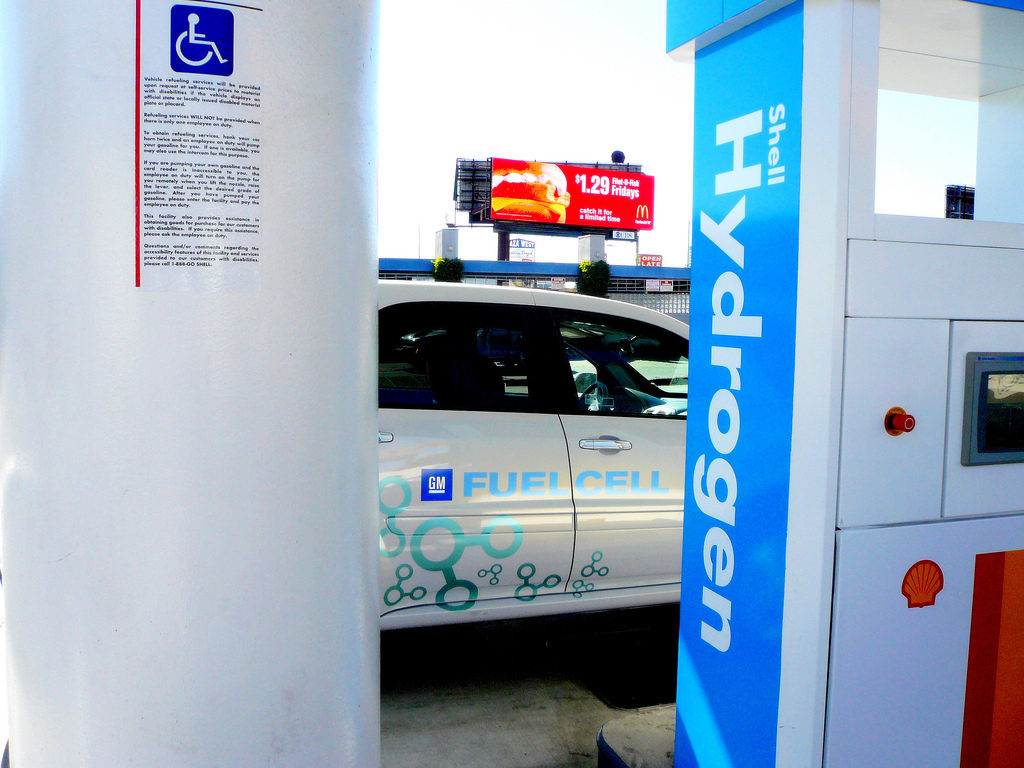 Renewable energy may be under attack by the federal government these days, but one federal agency is making great progress on using the sun’s energy to split hydrogen from water.   The National Renewable Energy Laboratory, located in Golden, Colorado, recently highlighted two initiatives aimed at the production of renewable hydrogen.

Renewable hydrogen is an enabling element of any envisioned hydrogen economy.   Hydrogen is an abundant, zero-energy fuel, but obtaining it must be both economical and green for it to become a dominant energy source.  Currently, the primary source of hydrogen fuel is extracting it from natural gas, which results in carbon dioxide emissions, making it not a completely green fuel.

NREL researchers have achieved proof-of-principle for a new photo-electrochemical cell based on a process called multiple exciton generation that has the promise of leading to highly efficient conversion of sunlight and water directly into hydrogen.

A second group at NREL has recently set a new world record for efficient hydrogen production using a different photo-electrochemical process.  Their device is known as an inverted metamorphic multijunction device.   It has demonstrated a solar-to-hydrogen efficiency of 16.2 percent, breaking the previous record set two years ago in Europe.

For photo-electrochemical technology to be commercially viable, its costs must come down to the target set by the Department of Energy of less than $2 per kilogram of hydrogen, which is comparable to the cost of hydrogen produced from fossil fuels.  At that price, driving with green hydrogen is cheaper than driving with gas.  Additional progress must be made to reach this target, but the latest results are bringing the hydrogen economy ever closer to reality.

‘A New Record for Solar Hydrogen Production’ from Earth Wise is a production of WAMC Northeast Public Radio.