You are here: Home / Air and Water / Wind-Powered Trains 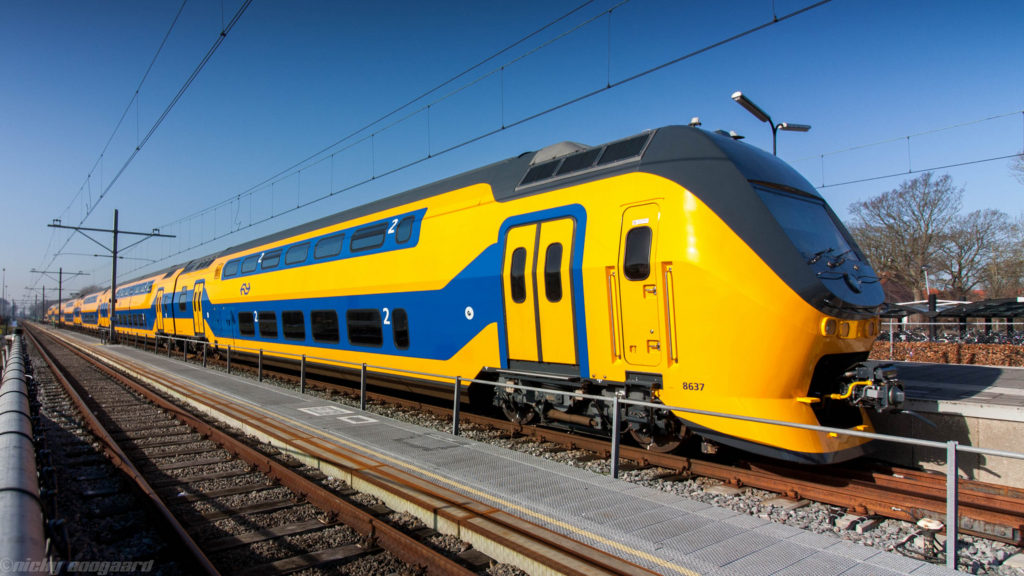 As of January 1, 600,000 daily train passengers are now traveling totally carbon-neutral.  Dutch electric trains are running on 1.2 billion kilowatt-hours of wind energy provided by the clean energy company Eneco.  There is still a small but decreasing number of diesel-powered Dutch trains.

The main Dutch passenger railway operator  – NS – along with Eneco announced their plan for a wind-powered railway in 2015.  The original goal was to complete the transition to 100% renewable energy by 2018, but the project reached 75% in 2016 and ended up reaching its goal more than a year ahead of schedule..

The power used by the trains comes from newly-built wind farms in the Netherlands, Scandinavia and Belgium.  By tapping into power from multiple locations, there is always enough green energy available to power the trains even if the wind is not blowing in one place or another.

The total amount of energy required is as much as all households in Amsterdam consume per year.  Given this, the program will encourage further expansion of renewable energy.  The Dutch railway wants to reduce the negative environmental impact of carbon dioxide in such a way that its demand contributes to sustainable power generation in the Netherlands and Europe in general.  NS also aims to reduce its overall energy consumption by 2% a year with an energy efficiency program.  It has already reduced its total consumption by 30% since 2005.

The Netherlands currently has 2,200 wind turbines, supplying enough energy to power 2.4 million households in the country of 17 million people.   It still is the land of windmills.

‘Wind-Powered Trains’ from Earth Wise is a production of WAMC Northeast Public Radio.