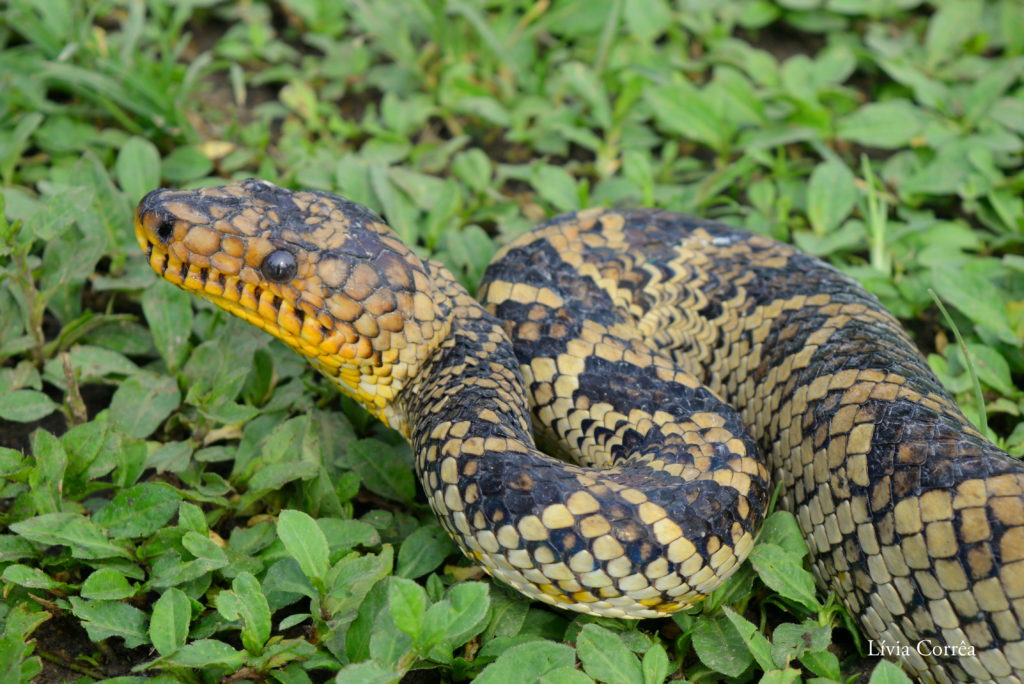 We recently brought you the rediscovery story of cave squeakers.  These tiny frogs, known for their high-pitched whistling calls, were native to the mountainous region of eastern Zimbabwe but had not been seen since 1962.  That all changed in late 2016, when researchers found four cave squeakers, confirming that after 58 years the species was not extinct.  Cave squeakers remain critically endangered according to the IUCN’s Red List of Endangered Species.

Meanwhile, the Cropan’s boa, a snake with a light brown body and dark brown or black splotches on its back, is another endangered species featured on the IUCN’s Red List.  Native to Brazil’s Atlantic Forest, the snake had not been seen alive since its discovery in 1953.  Scientists had only dead snake specimens to study – about five over those 64 years – casualties of encounters with local farmers.  Scientific expeditions to the Ribeira Valley, where several had been seen many decades ago, yielded nothing.

So scientists turned to locals in hopes of finding the reptile alive, launching a public campaign to educate them about the snake.  The goal was to have the snake identified and captured.  And this effort quickly paid off.

After 64 years, the world’s rarest boa was captured outside Sao Paulo, Brazil.  According to National Geographic, farmers found the 5.5-foot-long female in Ribeira Valley in late January.  Scientists implanted her with a small radio tracker and released her back into the wild, where she may provide valuable insight into the species’ longevity and mating habits.

But it’s important to remember that the world’s animal populations have suffered widespread population declines in the last half century.  And thousands of species, including cave squeakers and Cropan’s boas, are scrambling to survive.

‘Wildlife Rediscoveries’ from Earth Wise is a production of WAMC Northeast Public Radio.