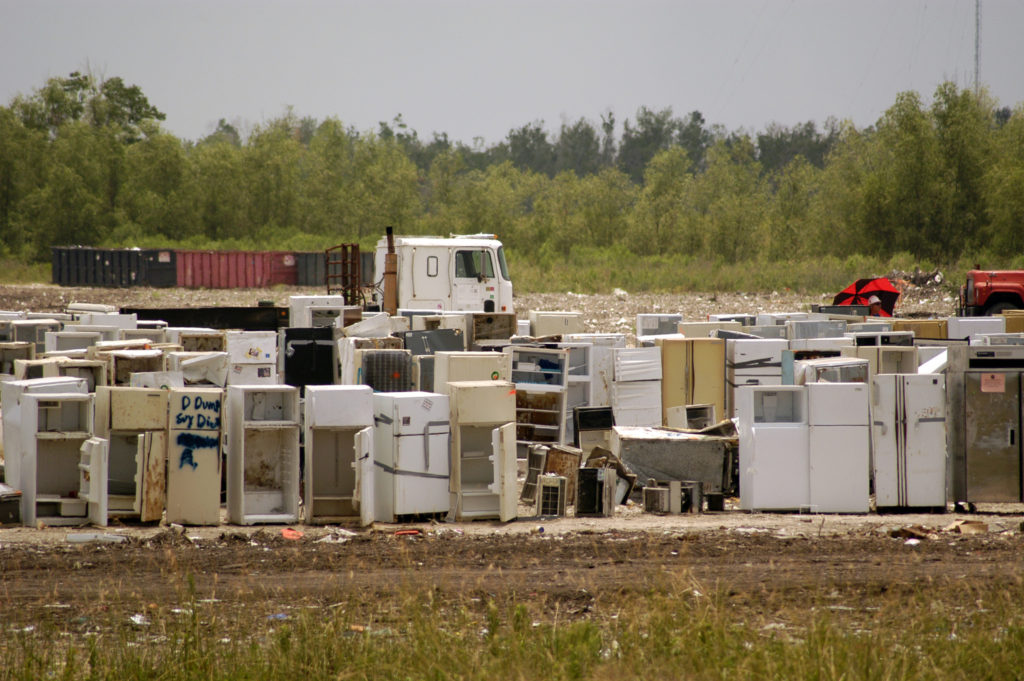 In 1988, President Reagan signed the Montreal Protocol, which banned CFC refrigerants like Freon in air conditioners and refrigerators. The chlorofluorocarbons were the cause of a giant hole in the ozone layer, which has been shrinking ever since the ban. Unfortunately, the chemicals that replaced CFCs – hydrofluorocarbons or HFCs – have their own major problem: they are a seriously bad greenhouse gas, far worse than carbon dioxide.   Last fall, an international agreement was reached by over 170 countries to reduce and eventually replace HFCs, which included 100 developing countries like China and India where air conditioning use is growing fastest.

Finding a suitable replacement for HFCs is a thorny problem.  The National Institute of Standards and Technology studied a wide range of candidate refrigerants and identified 27 as best from a performance viewpoint, but every one of them is at least slightly flammable, which is not allowed under U.S. safety codes for most applications.  In fact, some of them are highly flammable, including propane, the fuel we use in outdoor grills.

The bottom line is that there is no perfect, easy replacement for current refrigerants.  Any solution will have to involve tradeoffs.  Safety codes may have to be revised to allow the use of slightly flammable refrigerants.  Or perhaps blends of two or more fluids could be nonflammable but still have acceptably low global warming potential.  There may be no ideal solution.

The phase-out of HFCs will have to be gradual as researchers seek acceptable solutions.  Many of the refrigerants studied by NIST have not been used before and when it comes time to make pragmatic tradeoffs, one or more of them may turn out to be an acceptable choice.

Photo, posted June 21, 2006, courtesy of the U.S. Department of Agriculture via Flickr.

‘Climate-Friendly Refrigerants’ from Earth Wise is a production of WAMC Northeast Public Radio.