You are here: Home / Air and Water / Ghost Forests 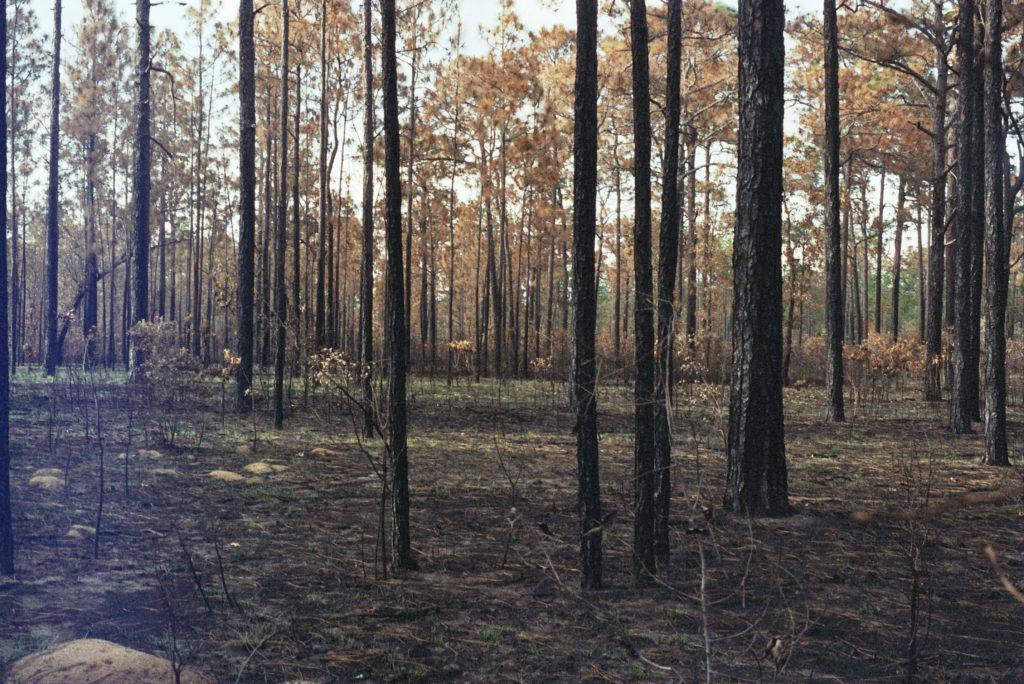 Coastal floodplains across the southeastern and mid-Atlantic regions of the United States are at the leading edge of climate change’s effect on what were largely freshwater ecosystems.    Because of the low elevation and flat or gently sloping characteristics of coastal forests in these areas, they are among the most vulnerable globally to saltwater intrusion.

Saltwater, flowing into these swampy, freshwater-dependent ecosystems as a result of rising sea levels, is turning stands of hardwood trees into so-called ghost forests of dead and dying trees.

An example is the Withlacoochee Gulf Preserve on the coast in northwestern Florida.  The preserve was the home of raised forests called “hammock island” forests scattered about the preserve’s wetlands.  In these hammock islands, red cedar, live oaks and cabbage palms grew in profusion.  Now, mostly thigh-high marsh grass thrives in the environment and the hardwood trees are nothing more than barren trunks.

What used to be a varied mosaic landscape is now dominated by salt marsh, reducing the habit for many wading and migratory birds as well as turtles and snakes.

These ghost forests are occurring in many places including along parts of the Savannah River bordering Georgia and South Carolina and in the Delaware Bay estuary.

Before bottom-land forests actually start to disappear, there are subtle signs of saltwater intrusion in the soil.  Plant growth stops, trees and plants produce fewer seeds, and the seeds that do drop have a harder time germinating.

Sea levels are continuing to rise meaning that this problem will only get worse.  Researchers are investigating possible practices to stem the proliferation of ghost forests.  Strategic land preservation may be one way to slow down the loss of imperiled coastal areas.

‘Ghost Forests’ from Earth Wise is a production of WAMC Northeast Public Radio.