You are here: Home / Economy and Policy / Help For Pangolins 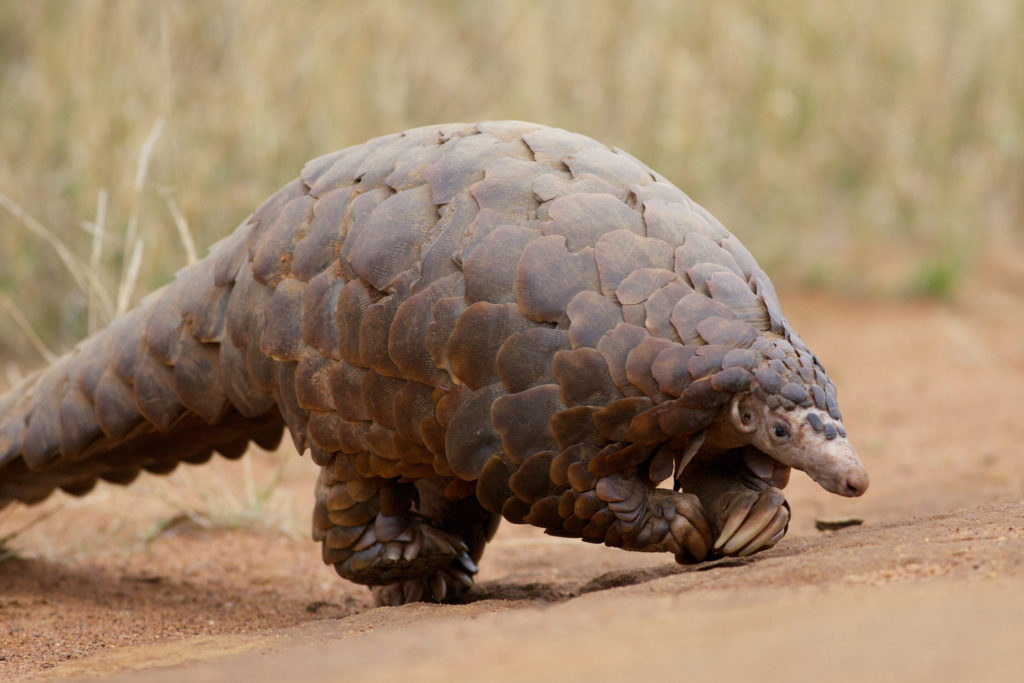 The pangolin is a truly weird animal.  It is the only mammal that is covered with scales.  It eats ants.  It has a tongue that is longer than its body.  And it rolls up into a little ball when frightened.  Pangolins are poached for their meat and their scales.  The meat is a delicacy in some places and the scales are used in traditional Asian medicine.  And just like rhino horns and antelope horns, pangolin scales are made of keratin as are our fingernails and actually have no medicinal properties whatsoever.

Experts estimate than more than one million of the animals have been killed in just the past 10 years.  They are extremely easy prey and the price of their scales has gone up ten times in just the past five years.

At the global Convention on International Trade in Endangered Species of Wild Flora and Fauna that took place in Johannesburg, South Africa, members approved a comprehensive ban on pangolin trade.  The meeting brought together 183 member countries who make agreements concerning animal trade.

All eight pangolin species are being killed at alarming rates and all eight are listed as endangered or threatened with extinction.  The ban will not stop the trafficking in pangolins but the hope is that the ban will lead to more aggressive enforcement and will encourage countries where pangolins live to enact harsher laws.

The World’s Most Trafficked Mammal Just Got Desperately Needed Help

‘Help for Pangolins’ from Earth Wise is a production of WAMC Northeast Public Radio.