You are here: Home / Air and Water / Cruising The Northwest Passage 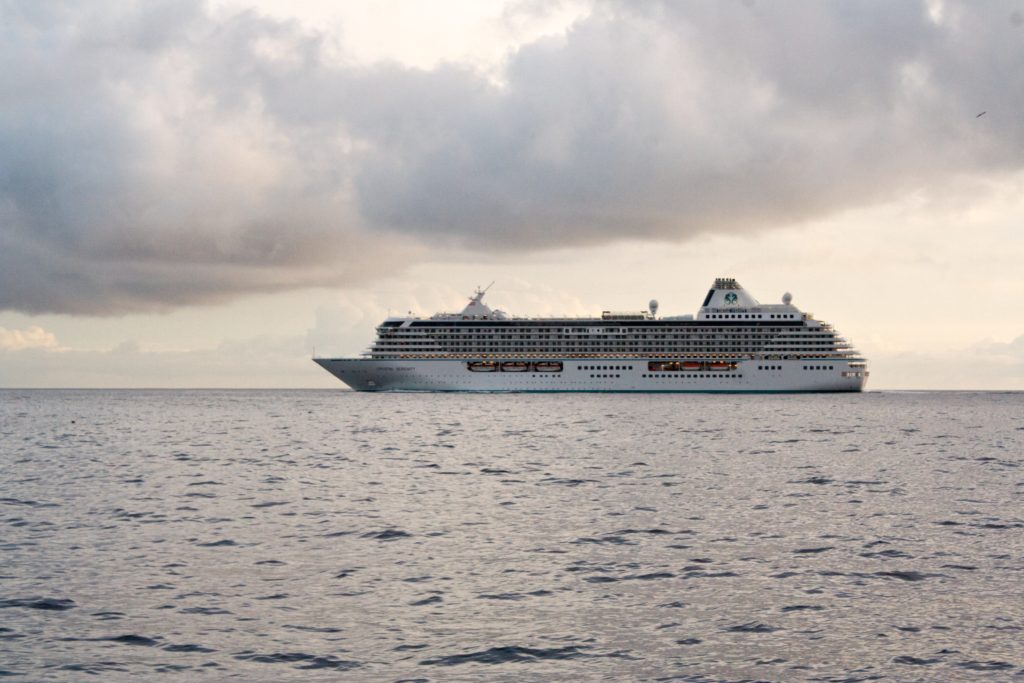 For hundreds of years, explorers looked for a way to traverse this route as a possible trade route to Asia.  Many attempts were made, especially during the latter half of the 19th century, but the Arctic ice made it virtually impossible to do.  The first successful traversal of the Northwest Passage was made by the Norwegian explorer Roald Amundsen in 1906.  It took him 3 years to do it.

Over the ensuing hundred years, it became more common for heavily fortified ships with icebreakers to make it through the Northwest Passage during the summer, when sea ice was at its lowest.

However, rising temperatures in the Arctic have contributed to a radical shrinkage of Arctic ice in a disturbingly short period of time.   As a result, in September, the 14-deck cruise ship Crystal Serenity successfully traversed the Northwest Passage, completing its journey from Anchorage, Alaska to New York City in just 30 days.  Instead of a just a handful of intrepid explorers, 1,000 cruise ship passengers got to make this journey.

The ship plans to return to the Northwest Passage next year.  Native communities in Canada’s Nunavut region are weighing restrictions as they brace for the impact of maritime tourism.

Some view all of this as great news.  Others look at it as an alarming indicator that climate change is progressing at a rapid pace and bemoan the rise of “extinction tourism”.  The world is changing rapidly.

A Cruise Ship Just Sailed the Northwest Passage, Thanks to Climate Change

‘Cruising the Northwest Passage’ from Earth Wise is a production of WAMC Northeast Public Radio.