You are here: Home / Air and Water / Sharks In Hot Water 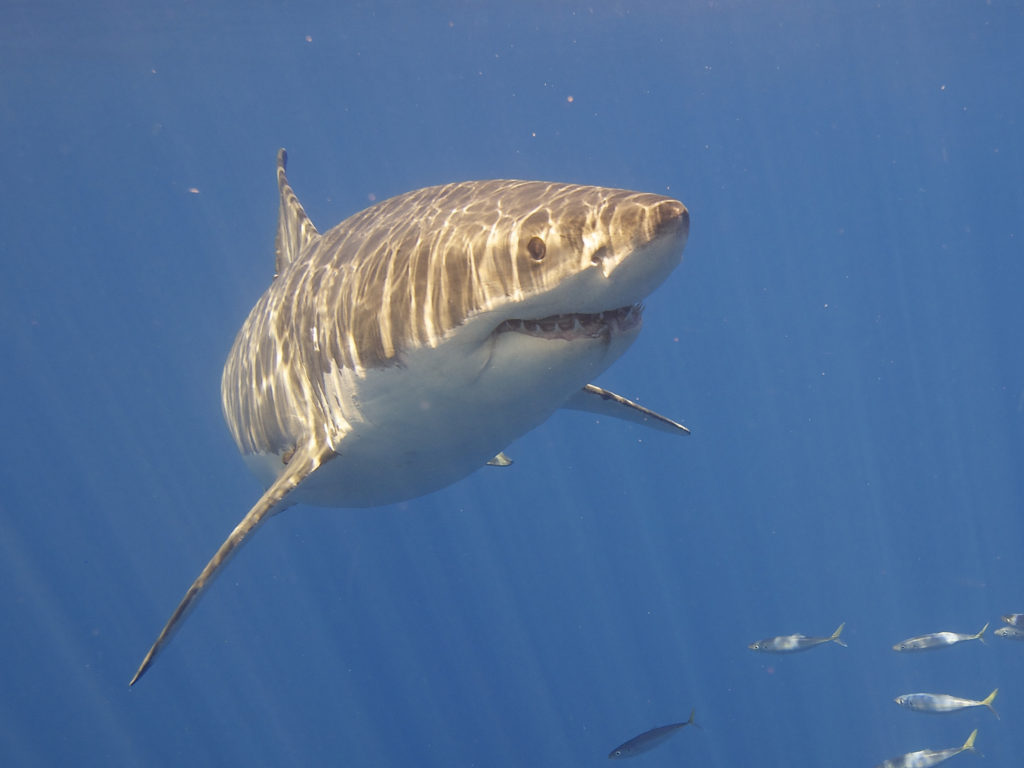 The majestic great white shark has been around for a very long time.  Its evolutionary origin dates back 14 to 16 million years.  And while great whites still enjoy decent populations off the coasts of Canada, Australia, and the United States, the same can’t be said for South Africa’s great whites.

According to a new, six-year study by researchers at Stellenbosch University, South Africa’s great white shark population is heading for possible extinction following a rapid decline in numbers.  Researchers found that only 350 to 500 great white sharks roam the country’s coastal waters, which is half the population level previously thought.  The research team indicates that pollution, trophy hunting, habitat encroachment, shark nets, and baited hooks were among the reasons for the predators’ decline.

The study’s lead researcher cautioned that “South Africa’s white sharks faced a rapid decline in the last generation and … their numbers might already be too low to ensure their survival.”

Counting sharks is no simple feat.  Researchers tracked and counted the sharks either by collecting biopsy samples or by comparing dorsal fin photographs.  Dorsal fins contain unique markings – “shark fingerprints” so to speak.

The International Union for the Conservation of Nature lists the great white shark species as a whole as vulnerable, meaning it’s likely to become endangered unless the circumstances threatening its survival and reproduction improve.

Why should we care about losing great white sharks?  The magnificent animals are apex predators.  And the loss of an apex predator from any ecosystem leads to ecological instability.  For instance, and without getting too technical, a decrease in shark numbers will lead to an increase in seal populations, which in turn will wreak havoc on fish populations and thus fisheries.

‘Sharks in Hot Water’ from Earth Wise is a production of WAMC Northeast Public Radio.