You are here: Home / Economy and Policy / Prowling Cougars 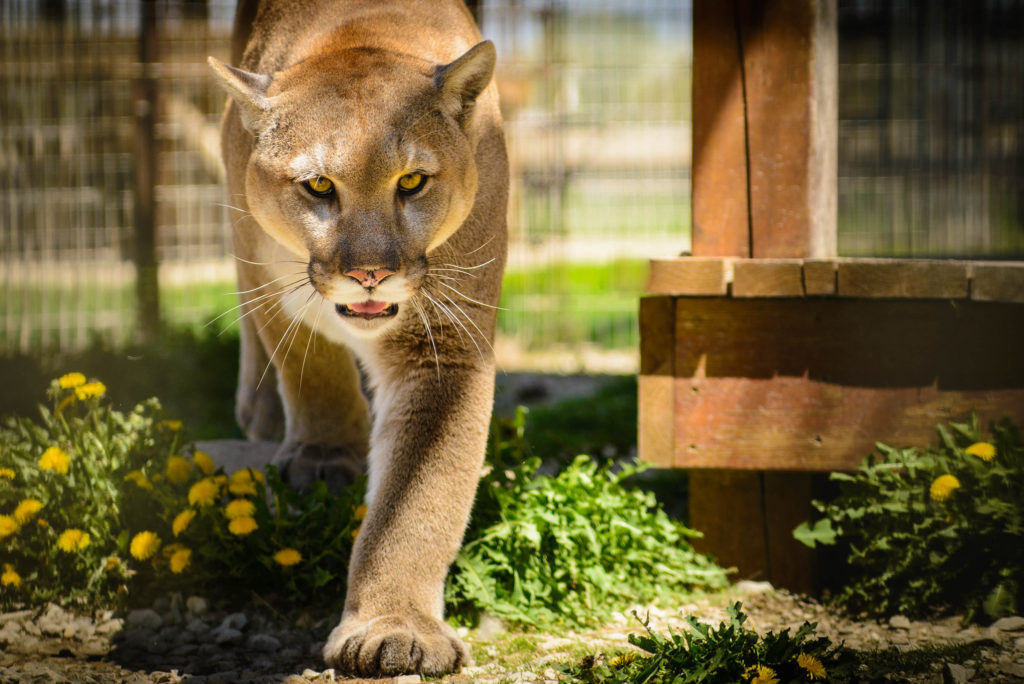 Deer are notorious for jumping out in front of vehicles.  In fact, many listening to this have likely either hit a deer themselves or have known family or friends that did.  There are more than one million deer-vehicle collisions every year, resulting in more than 200 fatalities.

In an article recently published in the journal Conservation Letters, scientists from the University of Washington and the University of Idaho proposed a solution to the deer problem:  bring back cougars.  They argue that if eastern cougars returned to their historic range, they could reduce deer density and deer-vehicle collisions by 22%, which could prevent 155 human deaths and more than 21,000 human injuries, as well as save $2.3 billion over the course of 30 years.  Scientists estimate that cougars would cause fewer than 30 human deaths over that same time span, far fewer than the number of lives saved.

But decreasing car wrecks by increasing predator populations is not an easy sell to the public.  Laura Prugh, an author of the study, says “the idea of being killed in a car crash with a deer just doesn’t scare people the way the idea of a cougar leaping on your back in the woods does.”

Cougars could once be found throughout the Eastern United States, but logging, development, and habitat fragmentation led their populations to wane in the 19th century.   But reported cougar sightings over the past few years in the eastern cougar’s historic range have increased considerably.

Too Many Deer on the Road? Let Cougars Return, Study Says

‘Cougars and Deer’ from Earth Wise is a production of WAMC Northeast Public Radio.