You are here: Home / Air and Water / The BP Oil Spill 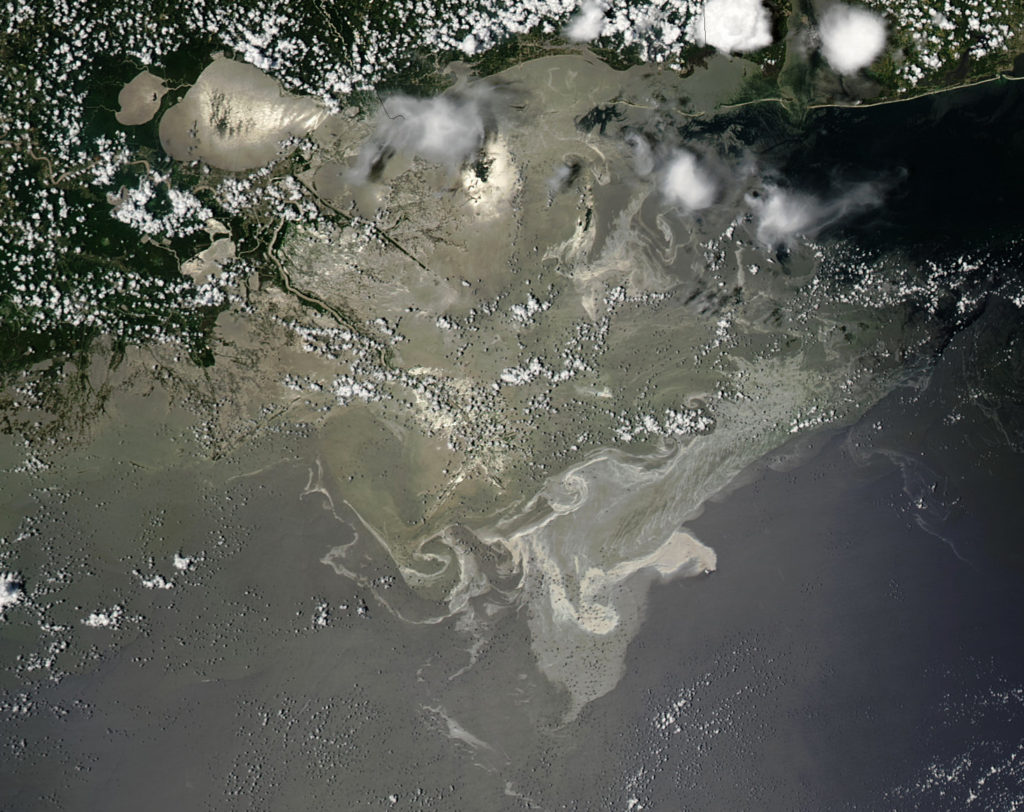 Now researchers believe the largest oil spill in U.S. history was even bigger than previously thought, at least in terms of the amount of coastline contaminated with oil.  In a new study published in the journal Marine Pollution Bulletin, scientists found oil along 1,313 miles of shoreline, an increase of 19% from previous estimates.  Some of the oil was removed or treated during cleanup efforts, some naturally degraded, some was absorbed by the soil, and some still lingers on the surface.  Many scientists believe the spill has had and will continue to have long-lasting effects on shoreline ecosystems in the Gulf.

The effect of the 2010 blowout on marine wildlife has been more clearly documented to date.   More than 1,400 dolphins and whales have washed up dead following the spill, an “unusual mortality event,” which continues today.  The spill also claimed 2 to 5 trillion larval fish and more than 8 billion oysters.  The area of the oil spill is home to more than 8,000 species, including fish, birds, mammals, mollusks, and crustaceans.

And approximately 30% of the oil spilled during the blowout is still unaccounted for.  Some scientists think the oil must have sunk to the bottom of the ocean where it could be ravaging the sea floor, but efforts to prove this have been elusive.