You are here: Home / Air and Water / Coral Bleaching On The Great Barrier Reef 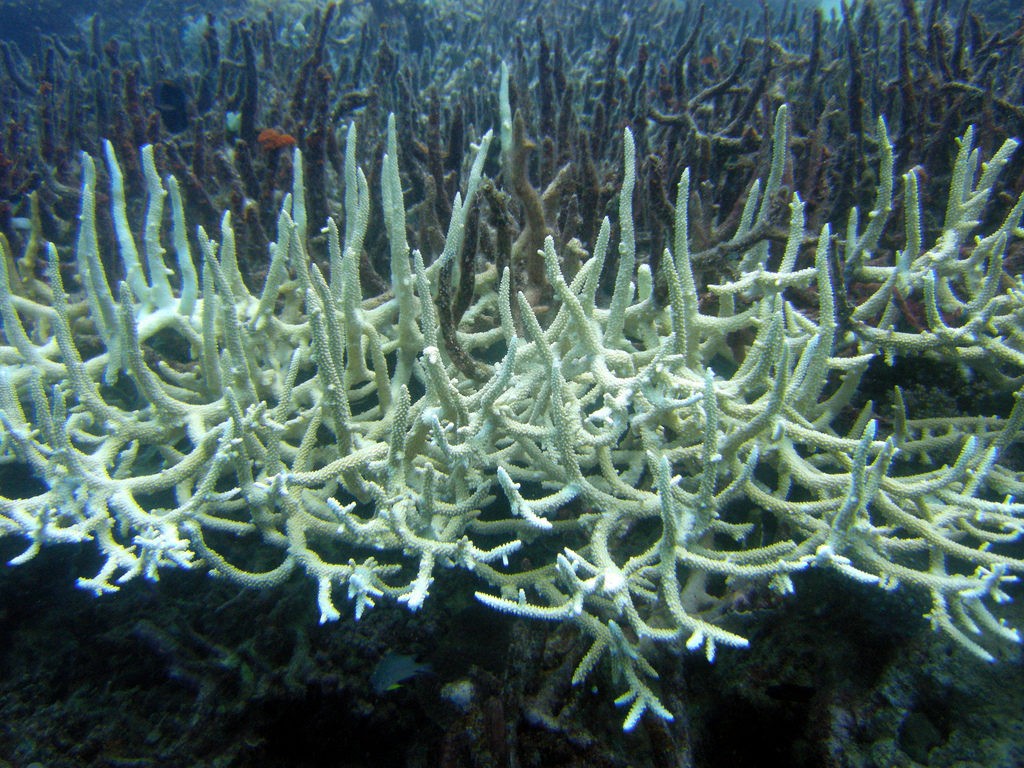 It was already well-known that coral bleaching was a serious problem in the Great Barrier Reef, but extensive aerial surveys and underwater dives have now revealed the shocking extent of the problem.

The Great Barrier Reef off the east coast of Australia is the world’s largest coral reef system composed of more than 2,900 individual reefs and 900 islands stretching for over 1,400 miles covering an area of 133,000 square miles.

The recent survey has determined that 93% of the Great Barrier Reef has been devastated by coral bleaching.  Many types of coral have a symbiotic relationship with tiny marine algae that live inside corals’ tissue and produce up to 90 per cent of the coral’s food.  Coral bleaching occurs when the relationship between the coral host and algae, which give coral much of their color, breaks down. Without the algae, the tissue of the coral polyp appears transparent and the coral’s bright white skeleton is revealed.

The main cause of coral bleaching is heat stress resulting from high sea temperatures. Temperature increases of only one degree Celsius for only four weeks can trigger bleaching events and longer durations can kill the coral.

The unprecedented reef destruction has come about from a combination of the recent El Niño event and the increasing effects of climate change.  If conditions return to normal, corals can regain their algae symbiotes, return to their normal color and survive.  But coral reefs that have high rates of coral death following bleaching can take many years or even decades to recover.

The Great Barrier Reef generates over $4 billion in tourist income a year and supports nearly 70,000 jobs.  Sadly, how long it will still be there is a real question.

‘Coral Bleaching’ from Earth Wise is a production of WAMC Northeast Public Radio.