You are here: Home / Climate Change / The Incredible Shrinking Bison 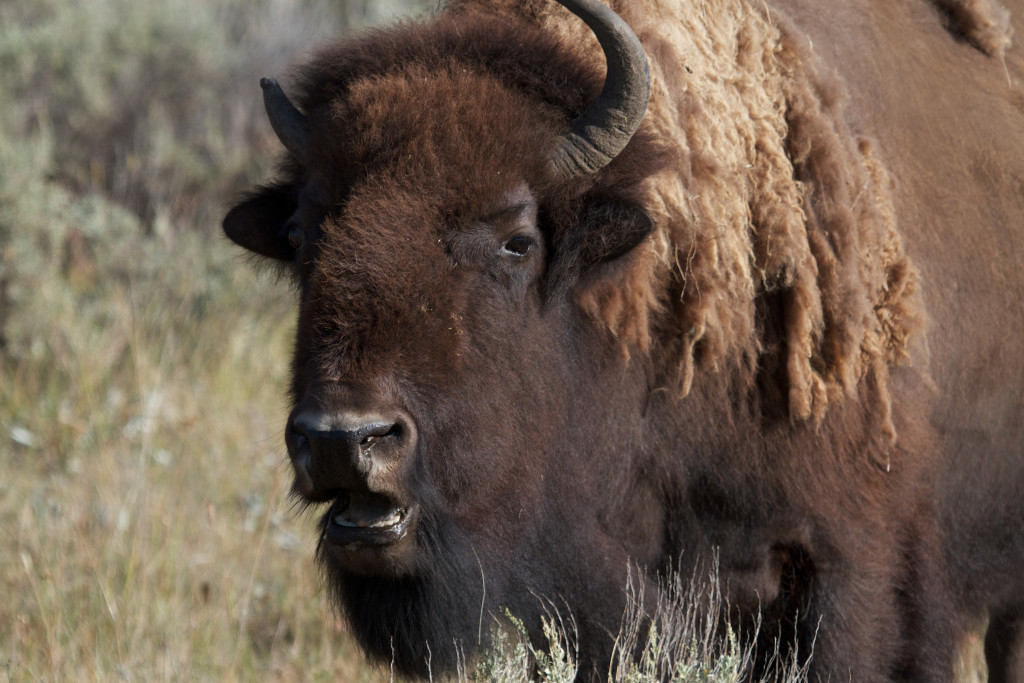 As the climate warms, all sorts of things are happening in the environment.   We know about shrinking ice caps, retreating glaciers, strange winter weather, and so forth.  But there are other things that may happen that are unexpected and puzzling.

One of these is that bison in North America are likely to shrink as the climate warms.  The reason they shrink is that as grasslands warm, grasses and other plants accumulate less protein.  As a result, bison end up eating plants that are less nutritious and they don’t grow as large.

In order to understand this better, it took quite a bit of research to figure out just what bison eat.  Conventional wisdom is that bison are strictly grazers – herbivores that focus exclusively on grasses.  But it turns out that they eat all kinds of plants, often seeking additional protein in shrubs and forbs, so they are also browsers.

Back when bison roamed the Great Plains in immense herds, they migrated as much as 1,000 miles each year seeking more nutritious plants.  Now, the rather small number of bison live in fenced reserves and ranches and no longer can move around much.  With their shrinking range and the shrinking nutritional value of the grasslands in which they live, bison themselves are shrinking.

The Incredible Shrinking Bison, an Unexpected Impact of Climate Change

‘The Incredible Shrinking Bison’ from Earth Wise is a production of WAMC Northeast Public Radio.