You are here: Home / Air and Water / Crocodiles And Climate Change 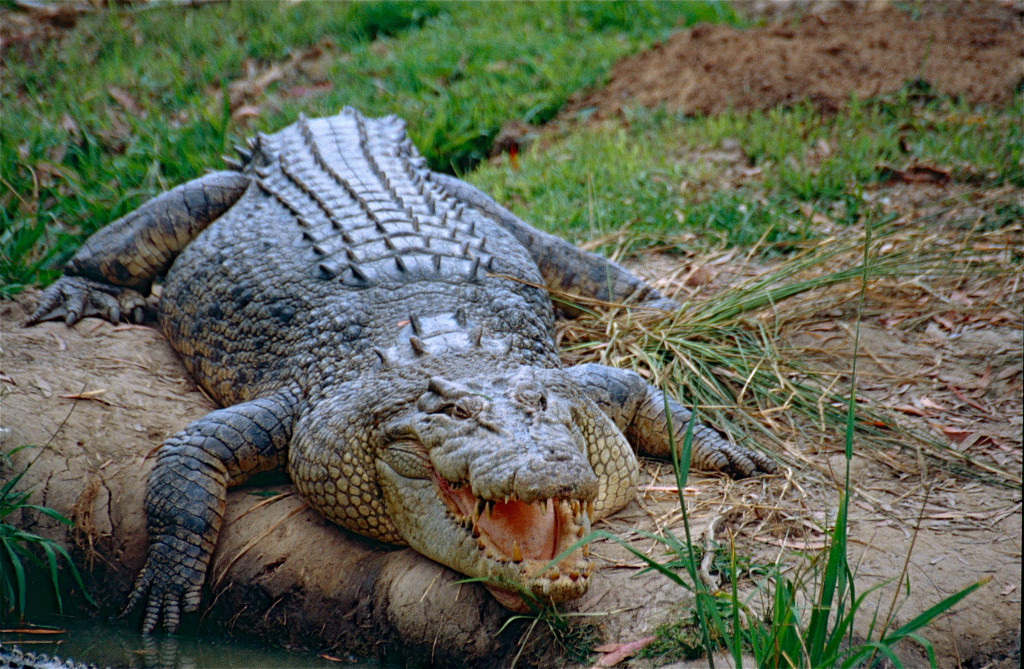 Crocodiles are large aquatic reptiles that live throughout the tropics in Asia, Africa, the Americas, and Australia.  The first crocodiles appeared approximately 240 million years ago – around the same time as dinosaurs.  And while the resilient species did survive the last great extinction, crocodiles might not be climate change-proof after all.

Crocodiles submerge themselves for a variety of reasons, including protection, socializing, sleeping, and eating.  They can linger up to 30 minutes under water at a time, and spend an average of 11 hours a day submerged.

Crocodiles are also ectothermic – meaning they regulate their body temperature using external elements like the sun.   And when they get too hot, crocodiles rely on cooler waters to keep them from overheating.

In order to survive in a changing climate, crocodiles will likely be forced to seek more suitable habitat or face extinction.  And while crocodiles survived on this planet for millions of years – unfortunately for them and for us – they seem to have finally met their match.

Diving in a warming world: the thermal sensitivity and plasticity of diving performance in juvenile estuarine crocodiles (Crocodylus porosus)