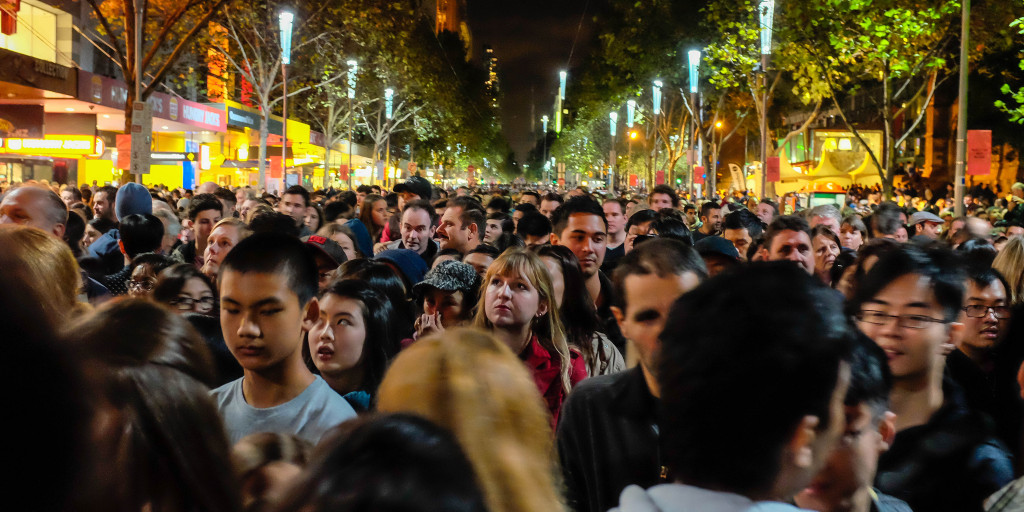 There is a powerful correlation between the rise of the human population and the rise of atmospheric CO2 during the past few decades. Could the carbon dioxide we emit when we breathe be a factor in global warming? According to biogeochemist Bill Schlesinger, the answer is a resounding no. Here’s why.

The average human respires about 93 kilograms of carbon, as CO2, each year.  This amounts to about 0.65 billion metric tons of carbon returned to the atmosphere from the global population. Nearly all of that carbon is obtained from foodstuffs, which removed the CO2 from the atmosphere when they grew.

Each year, the rise in our population increases CO2 released from human respiration by seven million metric tons—about 0.01% of the release from fossil fuel combustion. When compared to the 10 billion metric tons of carbon that we extract from the Earth’s crust and burn, to power modern society, human breathing has essentially no direct impact on the rise of CO2 in Earth’s atmosphere.

On the topic of debunking, there are also some that believe that our bodies must provide a significant storage (or sink) for atmospheric CO2 following the same reasoning—more people, more human mass. But our carbon storage capacity pales in comparison to Earth’s vegetation.

All the humans on our planet hold about 0.1 billion metric tons of carbon; plants account for a whopping 560 billion metric tons. We have enormous impacts on Earth’s vegetation, but the rise of the human population, and thus its mass, stores only about 0.01% of the carbon dioxide released each year from fossil fuel combustion.

When it comes to climate change, our actions and not our mere existence are what will make a difference.

Schramski, J.R., D.K. Gattie, and J.H. Brown. 2015. Human domination of the biosphere: rapid discharge of the earth-space battery foretells the future of humankind. Proceedings of the National Academy of Sciences 112: 9511–9517.