You are here: Home / Air and Water / Planning Cooler Cities 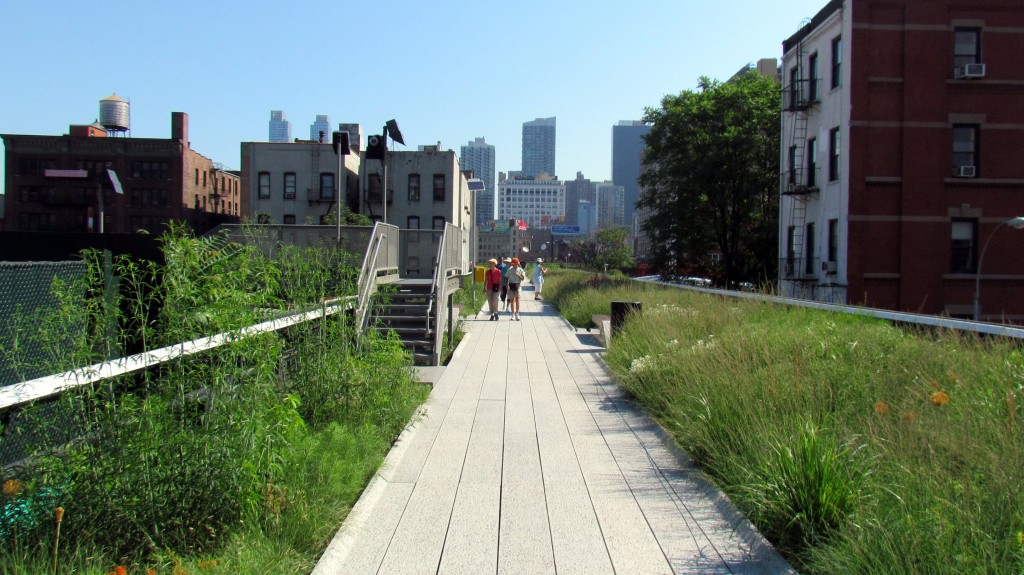 The urban heat island effect raises the temperature of cities by two to five degrees compared to surrounding rural and suburban areas.  It’s a result of the many impervious surfaces – like asphalt, concrete, stone, and steel – that make up the urban landscape. These impervious surfaces absorb more sunlight – and thus heat – than vegetated areas.

Beyond that, trees, grasses, and other plants have a cooling effect on the air. During the process of photosynthesis, they release water into the atmosphere, lowering local surface temperatures. Broadleaf trees, such as oaks and maples, are better at cooling than trees with pine needles since their leaves have more pores.

A new NASA study has found that the urban heat island effect is not fixed. By combining satellite thermal mapping data with NASA’s Simple Biosphere Model, climate scientists developed a model that captures interactions among vegetation, urbanization, and the atmosphere. Across the U.S., they found that the temperature increase in a given city holds steady whether impervious surfaces make up one percent or 35 percent of the landscape. But once roads, sidewalks, rooftops, and other hard surfaces top 35 percent, temperatures begin to climb.

The model will help guide urban planning. Increasing the number of street trees, parks, and wooded neighborhoods can not only make a city more scenic, but cooler and more energy efficient. Even small increases in temperature can have a significant impact on energy uses like air conditioning.