You are here: Home / Podcast / The Spread Of Bark Beetles 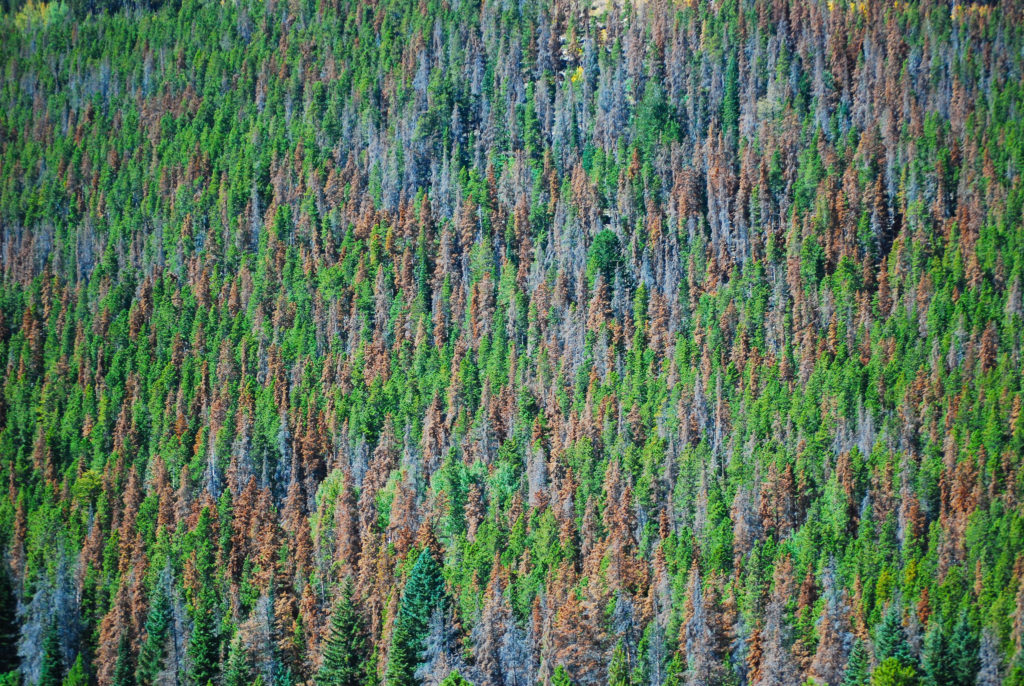 Bark beetles are a global scourge of evergreen forests.  Mountain pine beetles have destroyed pine trees across western North America.  Spruce beetles decimated spruce trees from New Mexico into Colorado and beyond.  Altogether, bark beetles have ravaged 85,000 square miles of forest in the western U.S, an area the size of Utah, since 2000.  They have killed trees across an additional 65,000 square miles of British Columbian forests and have caused millions of dollars of damage to the lumber industry in states like Alabama and Mississippi.

Now, the beetles are advancing up the Atlantic coast, reaching Long Island in New York in 2014 and Connecticut the following year.   A recent study projects they may be in New England and Canada’s Maritime provinces by the end of the decade.

The amount of conifer mortality being seen in North America and Europe is unprecedented historically.   Bark beetles are a natural part of the conifer forest life cycle and flareups do come and go.  But the scope and intensity of the past two decades is anything but normal because rising temperatures are preventing the widespread winter die-off of beetle larvae.   Unless nighttime temperatures drop below 14 degrees, the larvae survive. The latitude of that lethal chilling limit has been creeping northward by about 40 miles a decade for the past 35 years.  Not only are beetles expanding into new territory, they are also hatching earlier and reproducing more frequently.

‘The Spread of Bark Beetles’ from Earth Wise is a production of WAMC Northeast Public Radio.