You are here: Home / Podcast / The Ivory-Billed Woodpecker | Earth Wise 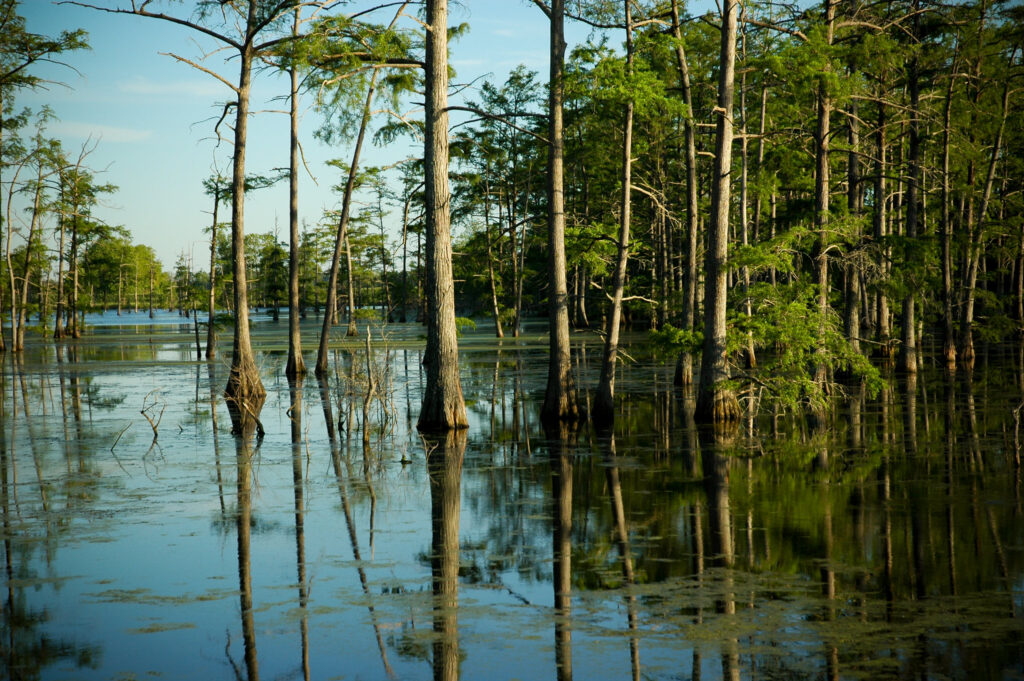 The ivory-billed woodpecker was the largest woodpecker in the US.  They were once relatively common, stretching from the Carolinas through the southeast and across to Texas.  Their numbers started to drop sharply in the 19th century because of habitat loss and overhunting.  Many were taken as valuable specimens; some were even eaten by poverty-stricken people.

The last widely accepted sighting was way back in 1944.  For years, the birds were listed as critically endangered with only infrequent and entirely anecdotal reports of sightings.  Last year, the U.S. Fish and Wildlife Service finally declared the species extinct.

A multiyear field study by avian researchers from multiple institutions has recently reported that the ivory-billed woodpecker may in fact still exist in a remote swampy region of Louisiana.

The three-year effort to find the woodpecker involved scientists trudging through the remote site to observe birds and take audio recordings.  Unmanned trail cameras taking time-lapse photos and a drone were used to capture images.  Several members of the team report that they observed the birds.  Some photographic images and videos appear to show ivory bills.  Based on characteristic markings visible in some of the photos, the birds do appear to be the ivory bill and not, for example, the fairly common but similar looking pileated woodpecker.

The birds are scarce, live in a tough, swampy habitat, and actively avoid getting near people.  They live high in trees and are very difficult to spot, much less get clear photographs of.  From all indications, however, reports of the demise of the ivory-billed woodpecker may have been premature.

Back from the dead? Elusive ivory-billed woodpecker not extinct, researchers say

Photo, posted May 3, 2008, courtesy of Michael McCarthy via Flickr.