You are here: Home / Podcast / The Great Pacific Garbage Patch 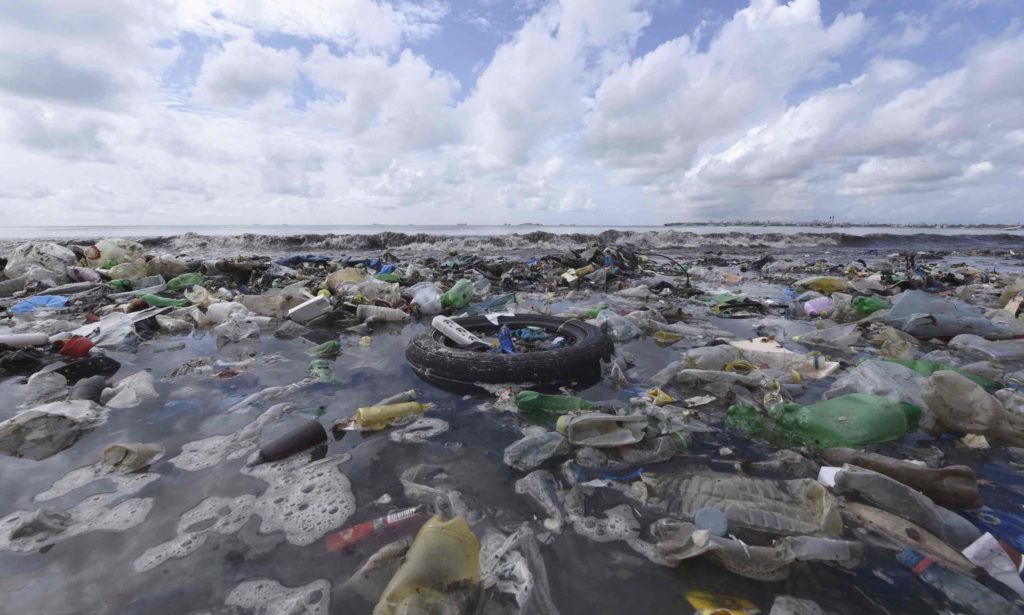 The Great Pacific Garbage Patch is the world’s largest collection of floating trash.  It lies between California and Hawaii and is popularly described as being larger than Texas.  It was discovered in 1997 by a yachtsman who sailed through a mess of floating plastic bottles and other debris while on a voyage between Hawaii and Los Angeles.

A new study analyzing the full extent of the garbage patch has revealed several important things.  First of all, it is actually much bigger than originally thought – anywhere from four to 16 times bigger.  Defining the patch as the area where there is at least 60 pounds of plastic per square mile, it has been measured to cover over 600,000 square miles, or three times the size of France.  Within this area, there are 1.8 trillion pieces of plastic, weighing in total 80,000 metric tons, the equivalent of 500 jumbo jets.

The comprehensive survey also revealed that although 94% of the 1.8 trillion pieces of plastic are microplastic particles, those only amount to eight percent of the total tonnage.   It turns out that the majority of the weight is actually abandoned fishing gear, not plastic bottles or packaging materials.

Fishing nets account for 46% of the trash with much of the remainder composed of other fishing gear like ropes, oyster spacers, eel traps, crates, and baskets.  (Scientists also estimate that 20% of the debris is from the 2011 Japanese tsunami).

The organization Ocean Cleanup, founded by a Dutch teenager several years ago, has embarked on a $32 million cleanup effort on the patch.  Knowing what is actually in the patch and its actual size is important information for the effort.  That effort is essential because plastic pollution of all sorts is increasing exponentially in the patch.

‘The Great Pacific Garbage Patch’ from Earth Wise is a production of WAMC Northeast Public Radio.