You are here: Home / Podcast / The Delhi Air Pollution Crisis 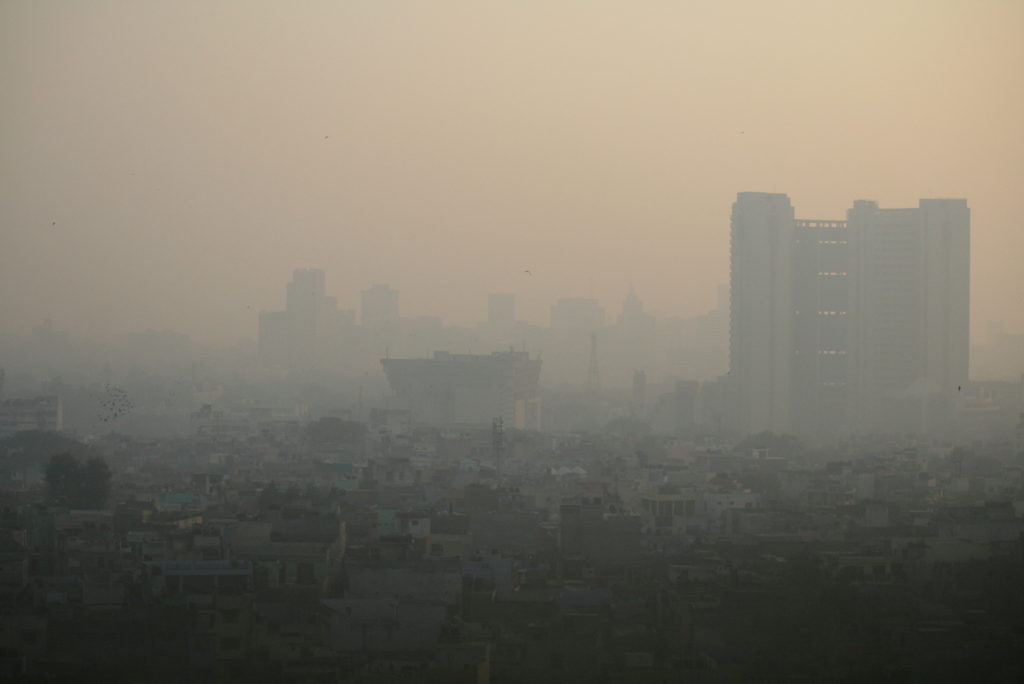 Delhi, the capital city of India, has always been a city bursting at the seams.  With over 19 million people, heavy industry, growing numbers of vehicles, and choking amounts of road dust, Delhi suffers from some of the worst air pollution in the world.  It is a situation the country has been struggling with for years.

But in November, air pollution in Delhi reached true crisis status.  A thick white haze descended upon the city, severely reducing visibility and making it very difficult to breathe. It was probably triggered by burning of crop stubble in nearby farm lands.  Rapidly, Delhi became a city under siege.

Trains were canceled, auto accidents proliferated, the government suspended all civic construction projects, and several airlines canceled flights into the city.  All public and private schools were closed and school-aged children told to remain indoors.   Incoming trucks were banned from the city and limitations on private vehicle traffic imposed.

Pollution levels reached frightening levels, at one point attaining a value of 1,000 on the US embassy air quality index.  The World Health Organization considers anything above 25 on that index to be unsafe.  Breathing air at a particulate level of 1,000 is roughly equivalent to smoking 44 cigarettes a day.  People have taken to wearing face masks when going outside.  But many of the city’s residents cannot afford masks that can actually filter out the fine particulate matter (so-called PM2.5 particles) that are choking the city’s air.

As of the middle of November, air quality in Delhi continues to alternate between “severe” status and “severe-plus” or emergency status.  The emergency will likely abate with changing weather conditions, but the basic problem the city faces will not be going away anytime soon.

Breathing in Delhi air equivalent to smoking 44 cigarettes a day

‘The Delhi Air Pollution Crisis’ from Earth Wise is a production of WAMC Northeast Public Radio.