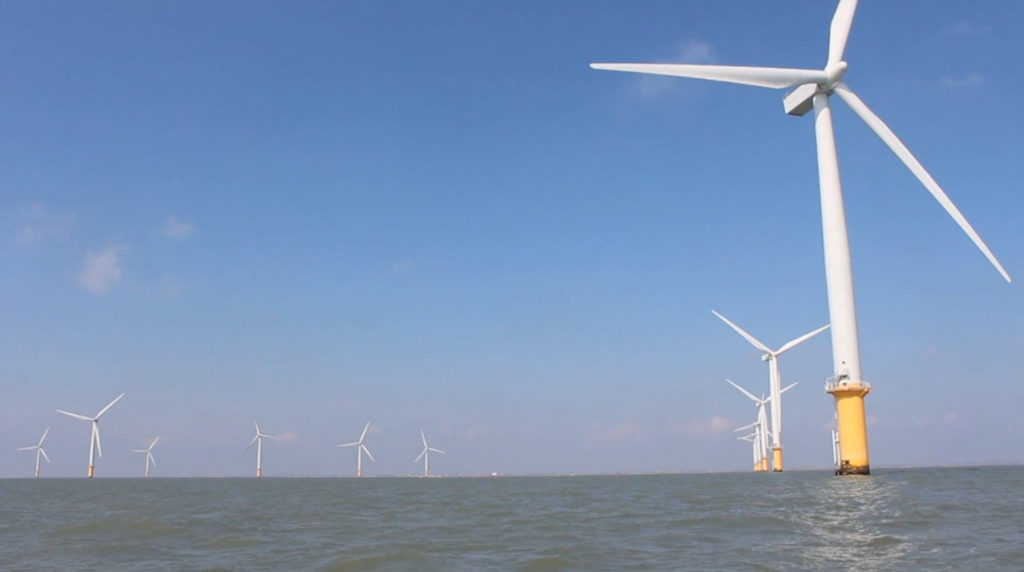 New Jersey may host the second commercially operating offshore wind farm in the U.S. as soon as 2020.  The company EDF Renewable Energy is moving forward with a plan to bring online a 24-MW farm sited off the coast of Atlantic City.

New Jersey had been leading the charge on offshore wind with the passage of the state’s Offshore Wind Economic Development Act in 2010, but Governor Chris Christie declined to create the rules needed to get the industry off the ground, citing high costs.

However, the political winds have shifted in New Jersey and new governor Phil Murphy signed an executive order in January that directs the New Jersey Board of Public Utilities to fully implement the 2010 wind development legislation.  The governor’s goal is to promote the development of 3,500 megawatts of offshore wind in the state.

The project off the coast of Atlantic City was originally an effort by Fisherman’s Energy LLC, which spent millions of dollars to obtain permits for the project.  Fisherman’s closed its office last year after a federal grant expired.  But now, EDF Renewable Energy has entered into an agreement to acquire the project and bring it to fruition.

Advocates for offshore wind energy in New Jersey believe that the technology could supply up to one third of the state’s power by 2030.  Other pending projects off the New Jersey coast include ones by Statoil of Norway, US Wind, Ocean Wind, and Deepwater Wind.

Offshore wind provides more than 17,000 megawatts of power in Europe.  The technology has continued to improve, and prices continue to drop.  Apart from New Jersey, New York, Massachusetts, Rhode Island and Maryland are all moving ahead with offshore wind projects.