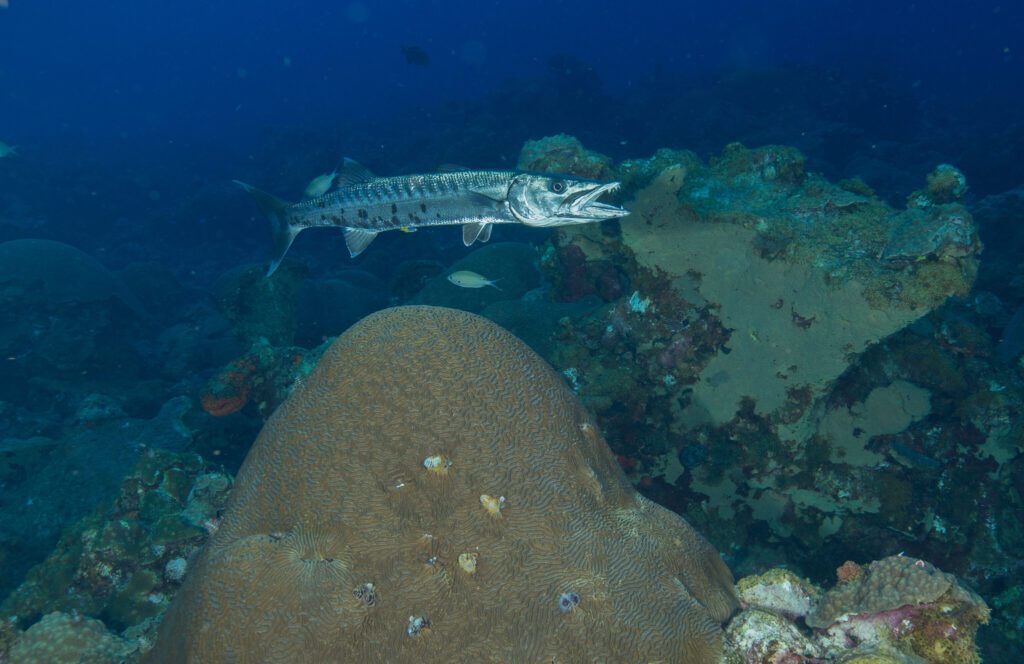 Climate change, pollution, development and other stresses have accelerated the decline of reef ecosystems across much of the world’s oceans in recent years.  Large predators such as sharks, mackerels, barracudas, jacks and others that formerly fed around reefs have had to venture outside their normal migratory routes in search of suitable alternatives.

According to a new study by Duke University, marine predators have taken up residence at shipwrecks and other artificial reefs.  The study surveyed 30 sites along the North Carolina coast and found that predator densities were up to five times larger at the 14 artificial reefs surveyed than at the 16 natural reefs in the survey.

Shipwrecks, particularly those that rose between 4 and 10 meters up into the water column, were a big favorite of the fishes.  Some of those sites supported predator densities up to 11 times larger than natural reefs or low-profile artificial reefs.  The shipwrecks are basically high-rise timeshares in the sea.

The findings of the survey show that artificial reefs can support large predators, supplementing natural reefs if the design and placement of the artificial reefs are appropriate.  In addition, when it comes to designing artificial reefs, there appears to be a height advantage.  So, reefs either made from sunken ships or at least made to resemble them would be desirable.

Because undersea predators help maintain healthy and sustainable populations of species lower in the food web, providing suitable habitat for the predators is extremely important.  Based on the study, it appears that the strategic use of artificial reefs can be an effective way to help counter the increasing loss of natural habitat on the ocean bottom.