You are here: Home / Podcast / An Electric VW Bus 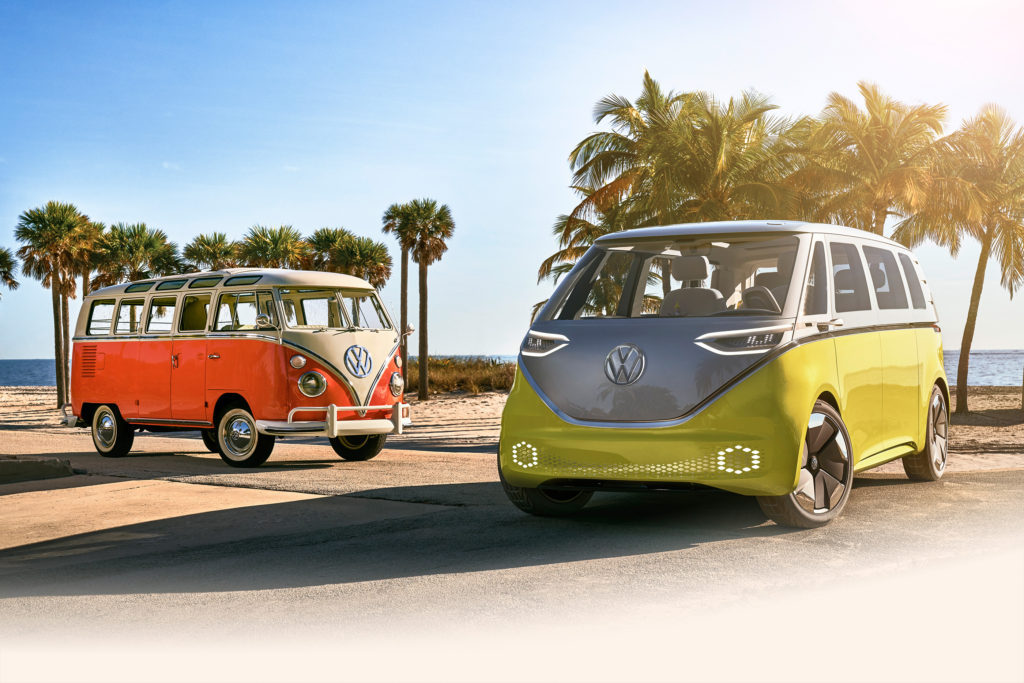 For baby boomers, the Volkswagen bus was the iconic vehicle of the 1960s counterculture.  It was introduced in 1950, was popular among Gen Xers coming of age in the 1980s, and lasted in one form or another until 2013, when the last one was built in Brazil.

But the VW Bus, under the new name I.D. Buzz, will be going back in production in 2022, this time as an electric vehicle.

Volkswagen says the Buzz will have a 369-horsepower electric motor, all-wheel drive, and a 111-kWh battery pack that will provide a range of nearly 300 miles on a charge.  The original 1950 Bus had a 30-horsepower engine.

The I.D. Buzz will be targeted at the U.S., European and Chinese markets.

Volkswagen is still mired in the quagmire created by its manipulation of emission readings in its diesel vehicles.  As it tries to move past its troubles, the company is looking towards the production of electric vehicles on a global scale, with 16 sites in operation by 2022.

It could be an important step for the wider adoption of electric cars.  Many people are still leery of getting away from internal combustion engines or even adopting hybrid vehicles.  Tesla is making inroads with its less-expensive Model 3 and more affordable EVs such as the Chevy Bolt and the Nissan Leaf have been well-received.  However, none of these addresses the market for roomy vehicles to take on extended camping trips.  And there is the nostalgia factor as aging baby boomers and Gen Xers remember the days of rock festivals, RV parks, and cross-country trips.

A classic is returning in all-electric form.

‘An Electric VW Bus’ from Earth Wise is a production of WAMC Northeast Public Radio.