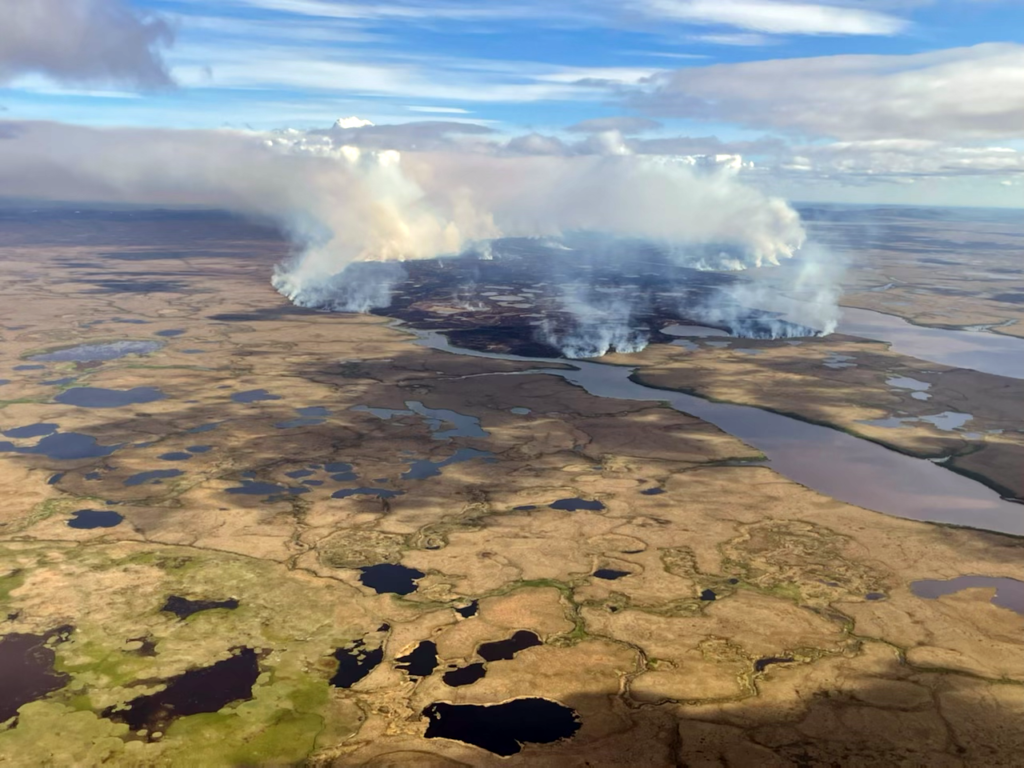 Alaska is on a pace for a record fire season this year.  As of mid-July, more than 2.7 million acres had burned, which is more than 10 times the total area burned in all of 2021.

Alaskan fires have been spurred on by warm temperatures, a diminished snowpack, and an unusually large number of lightning strikes.  May was one of the warmest and driest on record leading to lots of fires in June.  More than 300 wildfires ignited during June.  Many were sparked by nearly 5,000 lightning strikes early in the month.

The all-time record fire season in Alaska was 2004, when more than 6 million acres went up in flames.   Wildfires are a natural part of the Boreal North ecosystem: the great northern forest region.  But the fires occurring now are very different from those of a century ago and more.   The combination of more fuel in the form of dry vegetation, more lightning strikes, higher temperatures, and lower humidity leads to fires that burn hotter and burn deeper into the ground.  Such fires don’t just scorch trees and burn the undergrowth.  They consume everything leaving a barren landscape of ash.  Million-acre fires occur more than twice as often as they did before 1990.

The state may set a new record for wildfire acreage before the season is over.  Nearly 6,000 firefighters and support personnel continue to battle blazes across the state.

Alaska Is on Track for a Record Fire Season