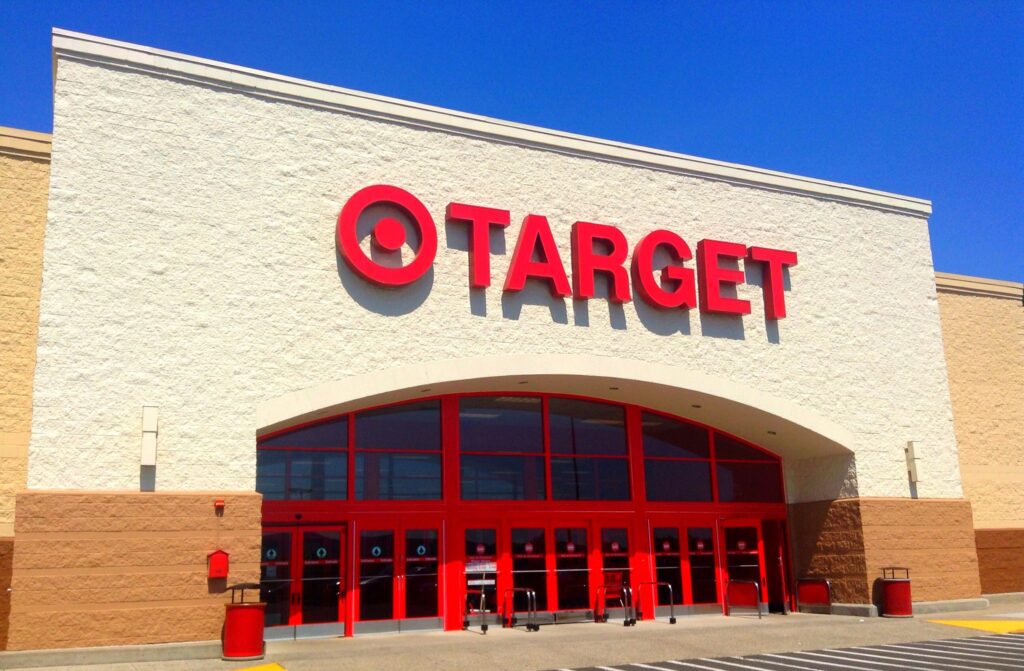 Many companies have made sustainability commitments of various types. Environmental organizations have urged big-box and grocery stores to install solar panels on their rooftops and parking lots thereby reducing their energy usage and expanding the country’s supply of renewable energy.  These places occupy large areas and therefore are capable of supporting large solar arrays.

According to a report by two environmental advocacy groups, rooftop solar panels on retail stores could generate enough electricity to power the equivalent of nearly 8 million U.S. homes.

Target Stores are one of the retailers that has been making an effort to be a greener company.  Target has installed solar panels on about 25% of its approximately 1,900 stores.  The Target store in Vista, California, about 40 miles north of San Diego, is the company’s most sustainable store.  It already had solar panels on its rooftop, powering a portion of the store.

But now it has installed massive carports topped with solar panels high above its parking lot.  With these panels, this Target can now produce enough renewable energy to power the entire store, from its refrigeration to its heating and air conditioning. Adding in some of the other energy-saving features of the store, Target expects to produce 10% more energy than the store needs, which it will return to the local power grid.  This is Target’s first net-zero energy store.

Target is not the only big retailer going solar.   Home Depot, Lowe’s, and Walmart all have been installing solar panels on some of their rooftops.  Even some restaurants are trying to reach sustainability goals with solar panels.  This is a trend that hopefully will continue to grow.