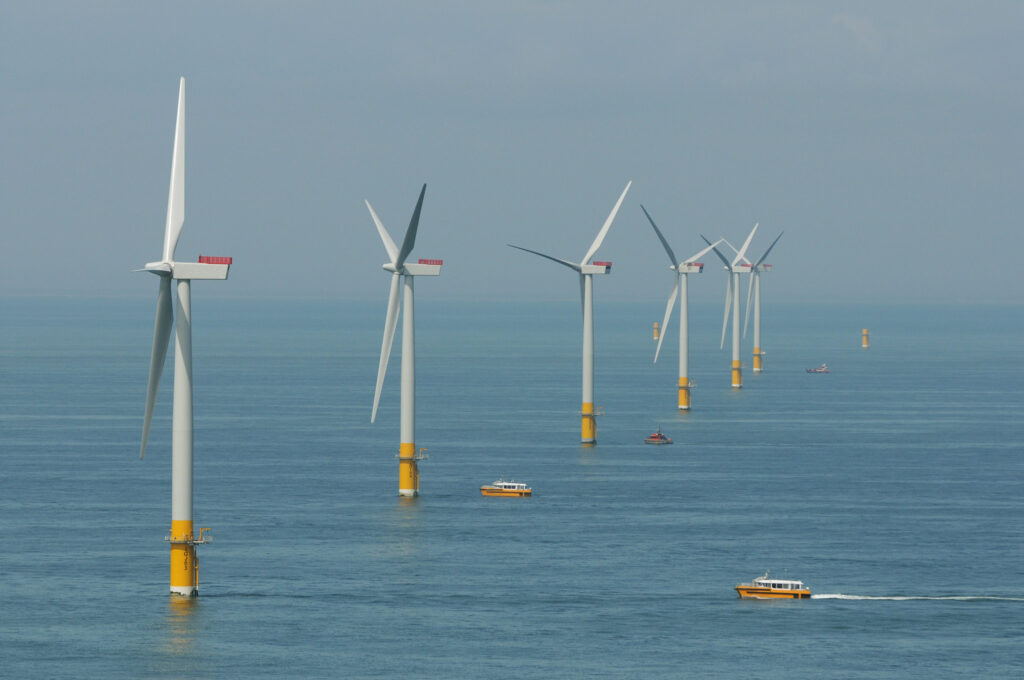 In recent years, the Bureau of Offshore Energy Management – the agency that oversees energy projects in federal waters – has been granting leases for offshore wind projects in the waters of multiple states on the East Coast.  Up until now, none of these leases have actually resulted in the deployment of any wind turbines because the process of gaining approvals, project plans, surveys, funding and other requirements is a long and tortuous one.

In late May, the first offshore wind turbine in U.S. federal waters was installed 27 miles offshore from Virginia.  The 6-MW Siemens turbine is one of two turbines making up the Coastal Virginia Offshore Wind pilot project.  The pilot project is expected to be operational later this year.  This project is the first to receive go-ahead approval by the BOEM.

The CVOW project is a development by Dominion Energy, a Virginia-based utility that operates in 20 states.  Dominion’s project will eventually be a 2.64 GW mega-farm that could be the largest offshore wind farm in the world.  Construction of the main project is expected to begin in 2024.  It will be sited in the seabed of a 112,800-acre lease area.  The site is currently being surveyed to determine potential impacts to ocean and sea life.

Dominion Energy has made multiple commitments to emissions reduction and the massive offshore wind farm is an important part of its efforts to meet those commitments.  The CVOW pilot project is only the second offshore wind installation in the U.S.  The first, the Block Island Wind Farm in Rhode Island, is in state waters and did not require BOEM approval.