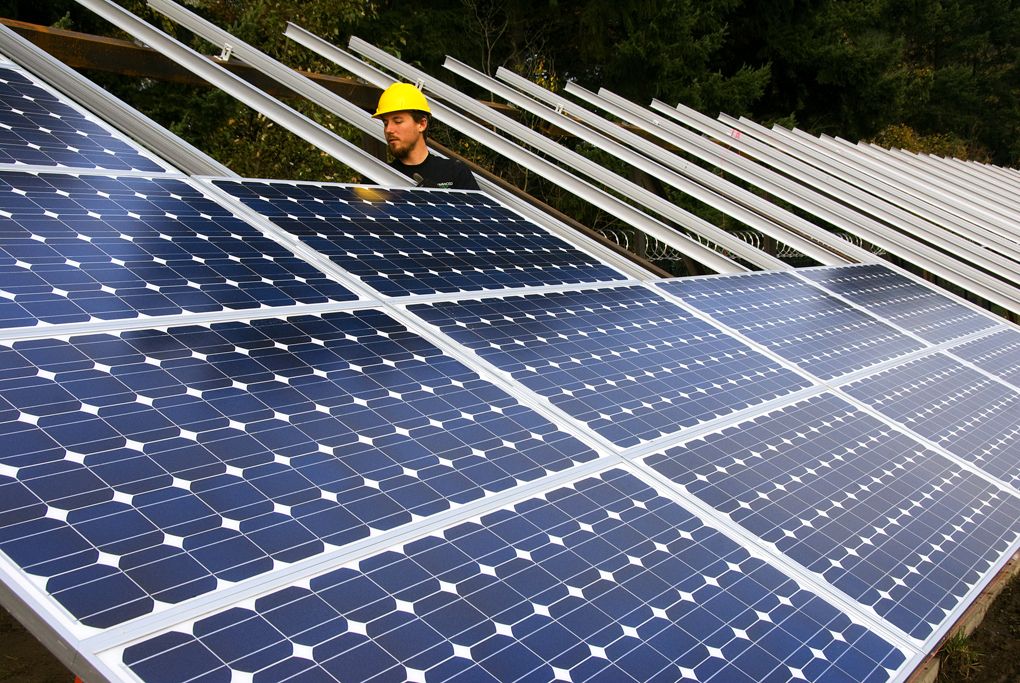 There is no question that solar power has been growing by leaps and bounds in recent years, but whenever one really looked at the numbers, it seemed to still be only a tiny fraction of the country’s power generation – until quite recently, less than one percent.

In April, solar reached a new milestone:  it provided more than 2.3% of the U.S. electrical supply.  At this level, solar has now moved into third place among renewable energy sources, after hydropower and wind.   It has now surpassed both biomass (essentially burning wood and other plant material) and geothermal power.  By the end of 2016, the U.S. had 40 gigawatts of installed solar power, almost double the amount at the end of the previous year.

Apart from solar power specifically, renewable energy sources in general have now surpassed nuclear power in U.S. electricity generation for the first time since the beginning of the nuclear era.  The trend line favors a rapidly expanding market share by renewables while nuclear capacity is slowly declining, despite some planned new reactor startups.

As renewable energy’s share grows, that of fossil fuels declines.   Electrical generation by fossil fuels (coal, natural gas, and petroleum) dropped by 5.2% during the first third of 2017 compared to 2016.  Given the rapid growth of renewable energy, none of these results is truly surprising, but even energy experts are surprised at how quickly the changes to the energy system are occurring.

Solar Now Third Largest Renewable Source of Electricity in US