You are here: Home / Air and Water / Carbon From The Alaskan Tundra 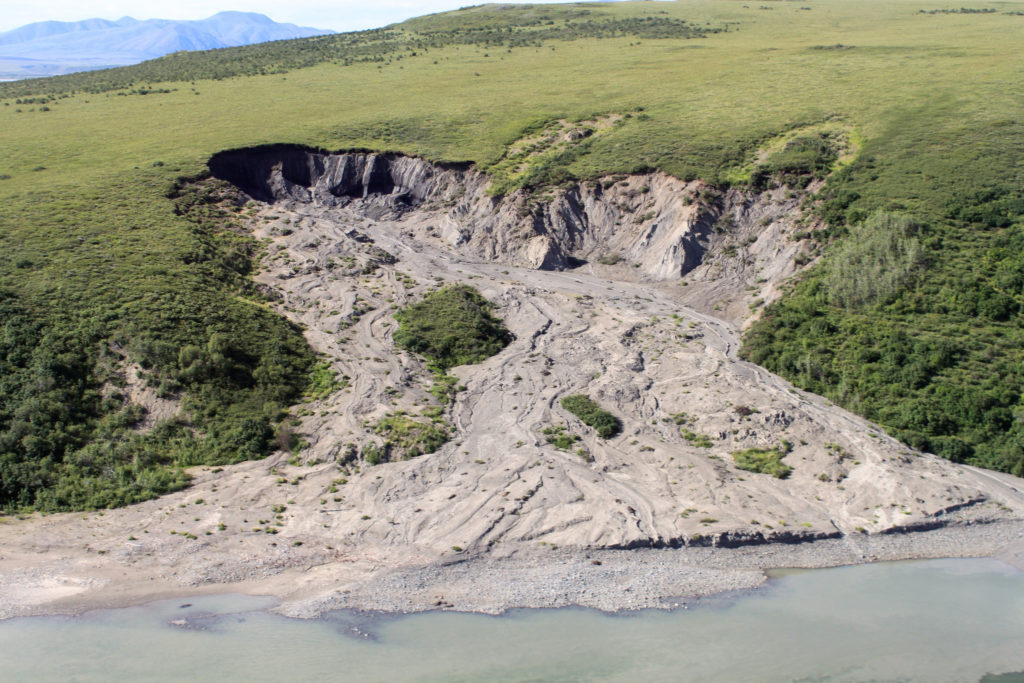 The soils that encircle the northern reaches of the Arctic are a vast repository for carbon in the form of undecayed organic matter from dead vegetation.  The enormous amount of material trapped in the permafrost contains enough carbon to double the current amount of carbon dioxide in the Earth’s atmosphere.

Each Arctic summer, the upper layers of this soil thaw and microbes decompose the organic matter, producing carbon dioxide   When temperatures go back down in the fall, the thawed layers begin to cool, but carbon dioxide continues to be emitted until the soil freezes completely.

The ongoing warming in the Arctic associated with the changing climate is altering this pattern.  In the past, refreezing of soils in the tundra tended to take a month or so, but there are locations in Alaska where tundra soils now take more than three months to freeze completely.   As a result, carbon dioxide emissions are continuing well into the winter.

A new study published by researchers at Harvard, NASA and the National Oceanic and Atmospheric Administration finds that the amount of carbon dioxide emitted from northern tundra areas between October and December each year has increased 70% since 1975.

Data from closely monitored sites such as Barrow, at the far northern tip of Alaska, show steady increases of both atmospheric carbon dioxide and temperature in late fall and early winter.

‘Carbon from the Alaskan Tundra’ from Earth Wise is a production of WAMC Northeast Public Radio.