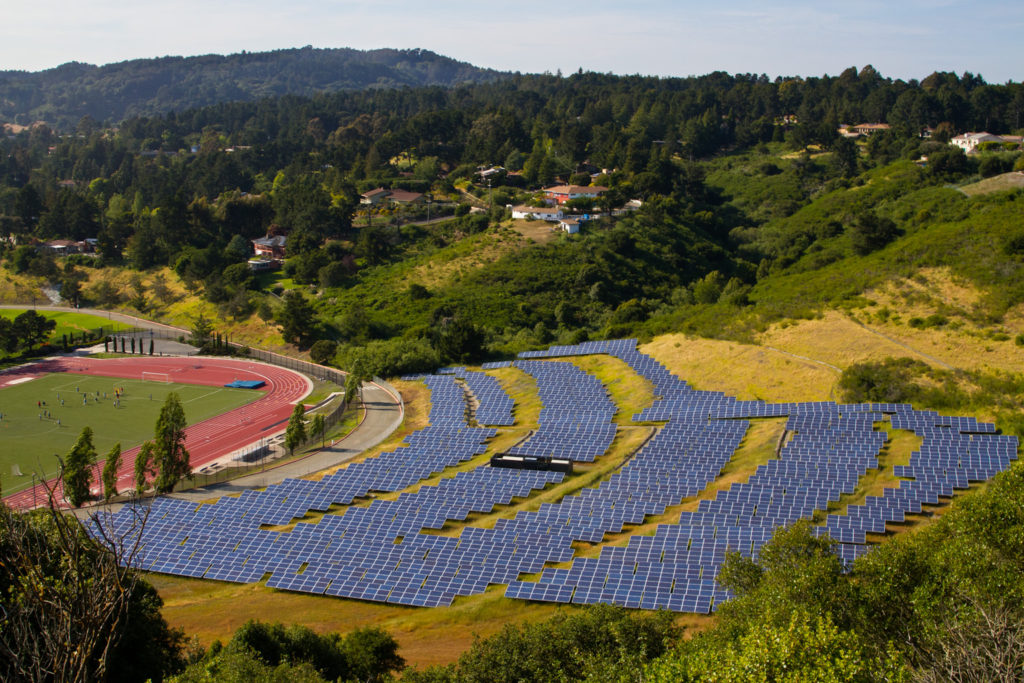 Solar panels on the roofs of houses have become a familiar sight in recent years, but utility-scale solar – installations of 10 megawatts and greater – are really booming these days.   Throughout the United States, more than 10.5 gigawatts of utility-scale solar were added to the electric grid in 2016 – enough to power more than 2 million homes – and at least 8 gigawatts more are scheduled to come online this year.

When we think of giant solar farms, installations in the Southwestern deserts come to mind.  However, big solar is expanding far beyond that part of the country.   The 1000-acre North Star Solar Farm in central Minnesota opened in December.   It is the largest, most northerly solar power plant in the U.S., generating up to 100 megawatts of power, enough for 20,000 homes.  The North Star facility will soon be joined by another 100-megawatt plant next-door in Wisconsin.  You wouldn’t think of Minnesota as a good place for solar power, but wholesale power prices from the North Star plant are around 6 cents per kilowatt hour, a very competitive number.

The solar boom is the result of a combination of factors:   sharply falling prices for solar panels, rapid advances in solar technology, support from tax breaks, incentives and subsidies, and state renewable energy mandates requiring adoption of clean energy technologies.   Multi-megawatt solar plants have now been built in Idaho and Maine and will soon be in Alabama, Iowa, Kentucky and Nebraska.

Many federal programs that have helped drive the solar boom are on the new administration’s hit list, but even without government backing, the costs of utility-scale solar are dropping so quickly that economic realities rather than incentives and regulations are now the industry’s main driver.

Northern Lights: Large-Scale Solar Power Is Spreading Across the U.S.