You are here: Home / Agriculture / Energy From Jellyfish 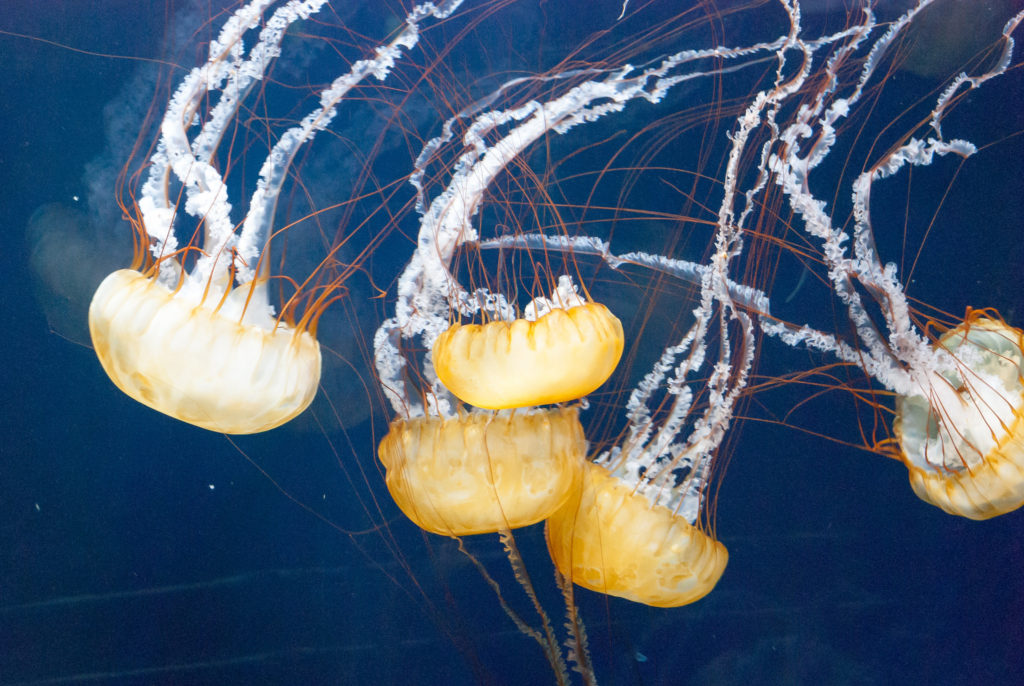 Jellyfish are fascinating in appearance but generally are nothing but trouble.  Their stings can ruin a tropical vacation but they can cause far more damage than that.

About ten years ago, jellyfish clogged a U.S. nuclear power plant’s cooling water intake for a period of three weeks.  In Northern Ireland, jellyfish killed 100,000 salmon on the country’s only salmon farm.  Jellyfish have damaged desalination plants and have capsized fishing boats by weighing down nets.  The box jellyfish in Australia and Southeast Asia is one of the deadliest creatures on earth.  Population explosions of jellyfish are known as jellyfish blooms and they are increasing in intensity, frequency and duration.

Jellyfish blooms are increasing because of a combination of mostly human-caused factors, such as overfishing of natural predators such as salmon and the creation of dead zones in the ocean due to pollution that decimates creatures less hardy than jellyfish.

One positive bit of jellyfish news comes from biosolar researchers who are developing sustainable solar cells made with jellyfish goo.  The scientists extract green fluorescent protein (or GFP) from thousands of jellyfish.  It is the stuff that makes some jellyfish glow.  By coupling GFP with light-activated proteins from bacteria, it is possible to make a solar cell with reasonable properties.

Organic solar cells like this don’t require any expensive or environmentally-harmful elements so they have great promise for sustainability.  Eventually, it may be possible to make a thick paste of enriched green material –  sort of a pesto sauce for energy generation – that can be painted onto surfaces to produce electricity.

Perhaps this will come to pass, but the world still has to grapple with the ongoing guerrilla warfare being waged by jellyfish.

Are we ready for this jelly? Fluorescent jellyfish may help solve our energy crisis

‘Energy from Jellyfish’ from Earth Wise is a production of WAMC Northeast Public Radio.