You are here: Home / Air and Water / Giant Wind Turbines 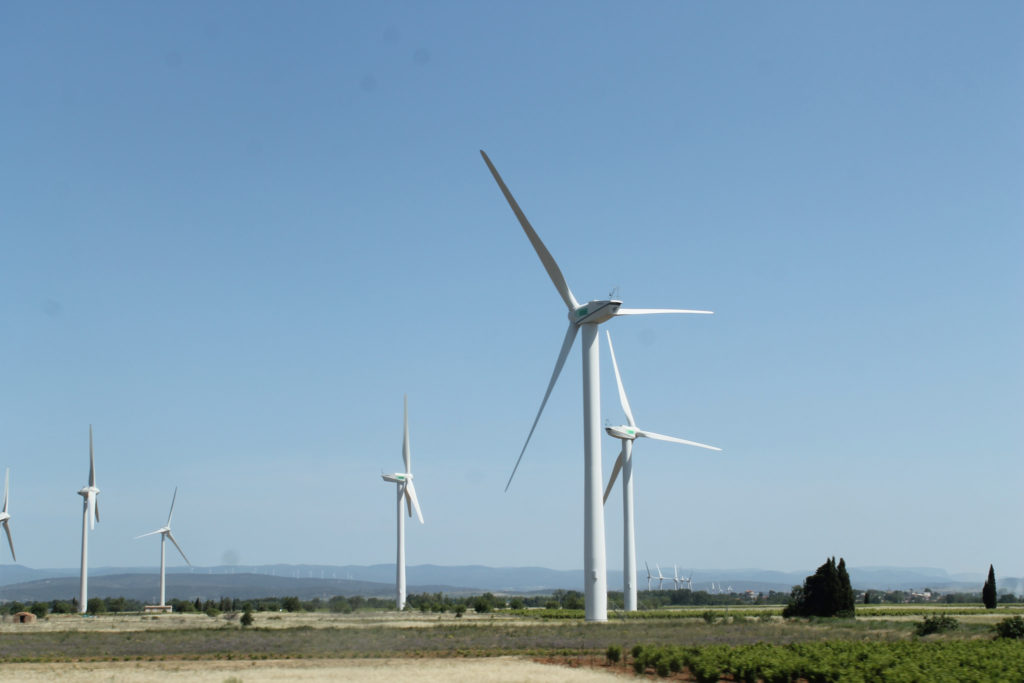 Wind turbines have been getting bigger and bigger over the years.   The reason is that bigger blades produce more power and give much more bang for the buck.  A big part of the plummeting price of wind power is the increasing amount of power produced by each turbine.

As the world looks increasingly to offshore wind, there is growing emphasis on reducing installation costs and the best way to do it is by reducing the number of turbines by making each one more powerful.

The Advanced Research Project Agency-Energy has been sponsoring a program aimed at developing a design for a low-cost 50-megawatt wind turbine with rotor blades 650 feet long, two-and-a-half times longer than any existing blade.  Conventional designs face extreme problems when scaled up this much.

A team led by the University of Virginia and Sandia National Laboratory has come up with something called a Segmented Ultralight Morphing Rotor (SUMR) which they believe can achieve the goal.  The so-called exascale turbine blades can be manufactured in segments, avoiding complications in transporting giant blades.  The load alignment of the blades is inspired by the way palm trees move in storms, having a series of cylindrical shells that bend in the wind while maintaining stiffness.  At dangerous wind speeds, the blades are stowed and aligned with the wind, reducing the risk of damage.

These giant turbines may be the key to meeting the Department of Energy’s goal to provide 20% of the country’s energy from wind by 2030.

Enormous blades could lead to more offshore energy in US