You are here: Home / Air and Water / Offshore Wind In Europe 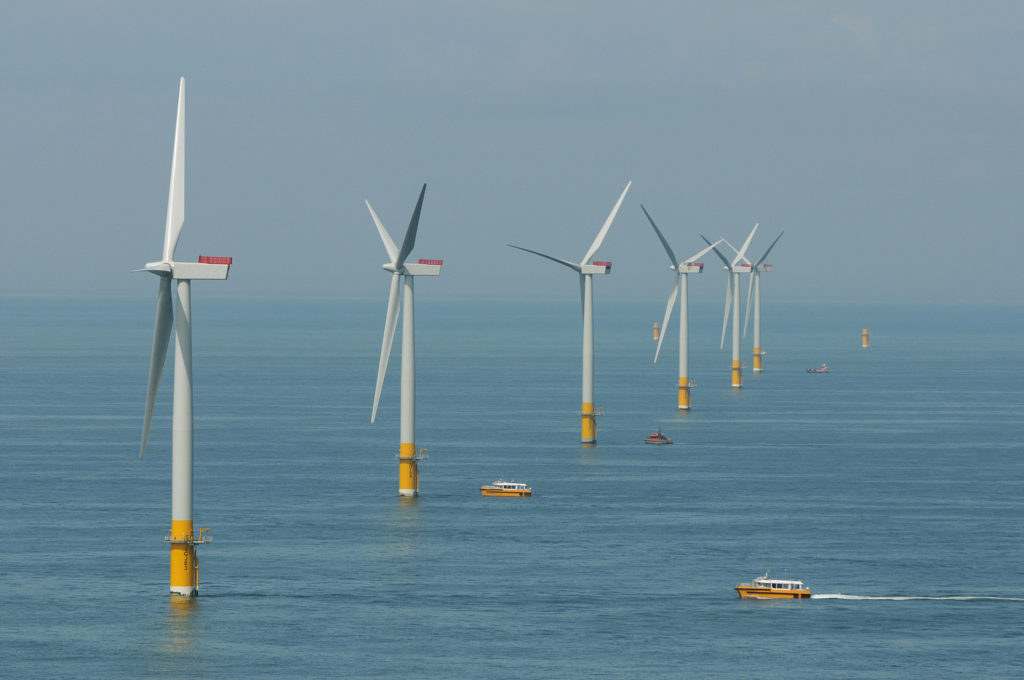 The U.S. has just turned on its first offshore wind farm off the coast of Rhode Island.  In the meantime, offshore wind continues to grow by leaps and bounds in Europe.   Wind energy in the European Union accounts for 12% of its electricity supply.  Until 2011, offshore wind comprised only 5-10% of the newly-installed wind energy capacity; now it about one third of the new installations.

The Burbo Bank wind project in the Irish Sea will feature gigantic turbines rising up to 650 feet in the air.  A single rotation of one of these 8-megawatt turbines can generate enough electricity to run the average British household for an entire day.  The new wind farm will be able to power the entire city of Liverpool with its 466,000 inhabitants.

The European Union (with or without Britain) is aggressively moving away from fossil fuels and over to renewable energy.  Overall, renewables that include hydropower, wind, solar, biomass and geothermal account for more than one third of the electricity with wind and solar energy driving most of the expansion.

All of this expansion is not without its problems.  The electricity grid and storage infrastructure has not expanded fast enough to soak up surplus wind energy.  There need to be additional transmission resources to handle power without bottlenecks and there needs to be expanded storage capacity to take up the excess electricity that is produced when demand is low.

But the expansion of wind energy is increasingly inevitable.   The price of wind electricity has continued to drop dramatically.  Electricity generated by onshore wind farms in the U.K. is now the cheapest newly-installed power source even without considering environmental costs.

‘Offshore Wind in Europe’ from Earth Wise is a production of WAMC Northeast Public Radio.