You are here: Home / Air and Water / Repurposing Ocean Plastic 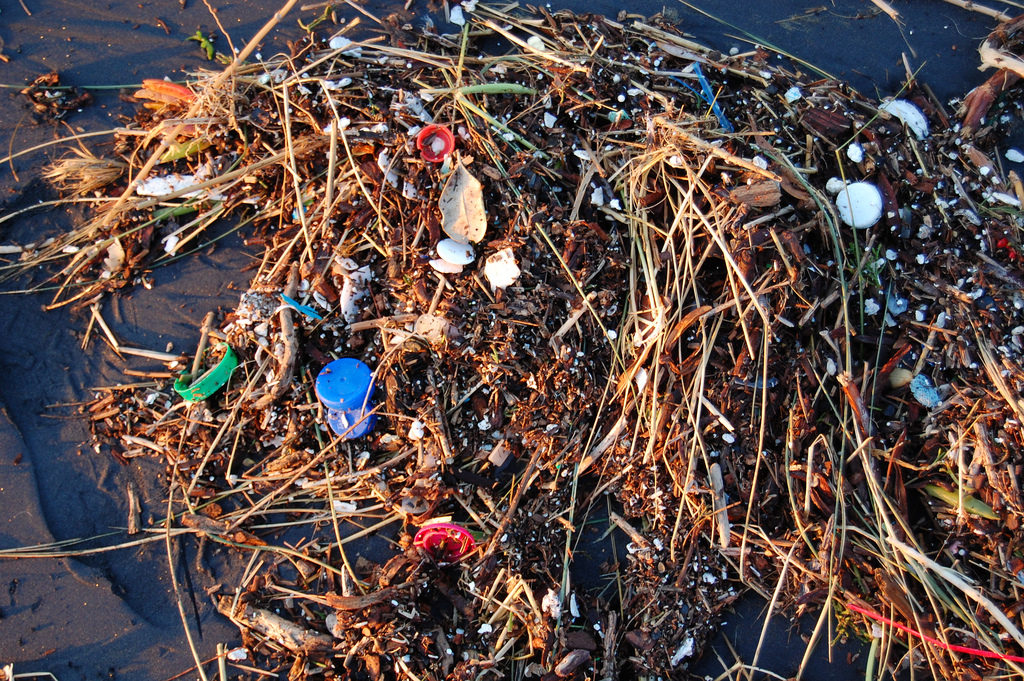 Scientists estimate that there is more than 165 million tons of plastic swirling about in our oceans today.  And another 8.8 million tons of plastic ends up in oceans every year.  According to a recent report from the World Economic Forum and the Ellen MacArthur Foundation, there could be more plastic by weight than fish by 2050 if current trends continue.

Many entrepreneurs are hard at work developing technologies to help tackle this global problem.  A New York City-based startup called ‘Bionic Yarn’ is among them.  The company uses old plastic bottles (many recovered from ocean shorelines) to make yarn and fabrics for clothing.  Several apparel companies, including Timberland, Gap, G-Star, and O’Neill, have incorporated its fibers into a variety of products – everything from jeans to jackets.  And outside of fashion, Bionic Yarn has partnered with companies producing boat covers, furniture and much more.  Company co-founder Tim Coombs told the Huffington Post that to date, Bionic Yarn has repurposed approximately 7 million plastic bottles from ocean shorelines.

If every pair of jeans in the world were made from Bionic Yarn, the oceans would still have a plastic problem.  But the company hopes to put a dent in that problem by inspiring other industries to adopt its concept of manufacturing with recycled ocean plastic.

And that would seem like a winning strategy.  After all, Bionic Yarn is making a splash in the fashion industry.

How a Pair of Jeans Could Save Our Plastic-Choked Oceans

This Company Turns Plastic Bottle Trash From The Ocean Into Clothing