You are here: Home / Air and Water / Restoring An Urban River 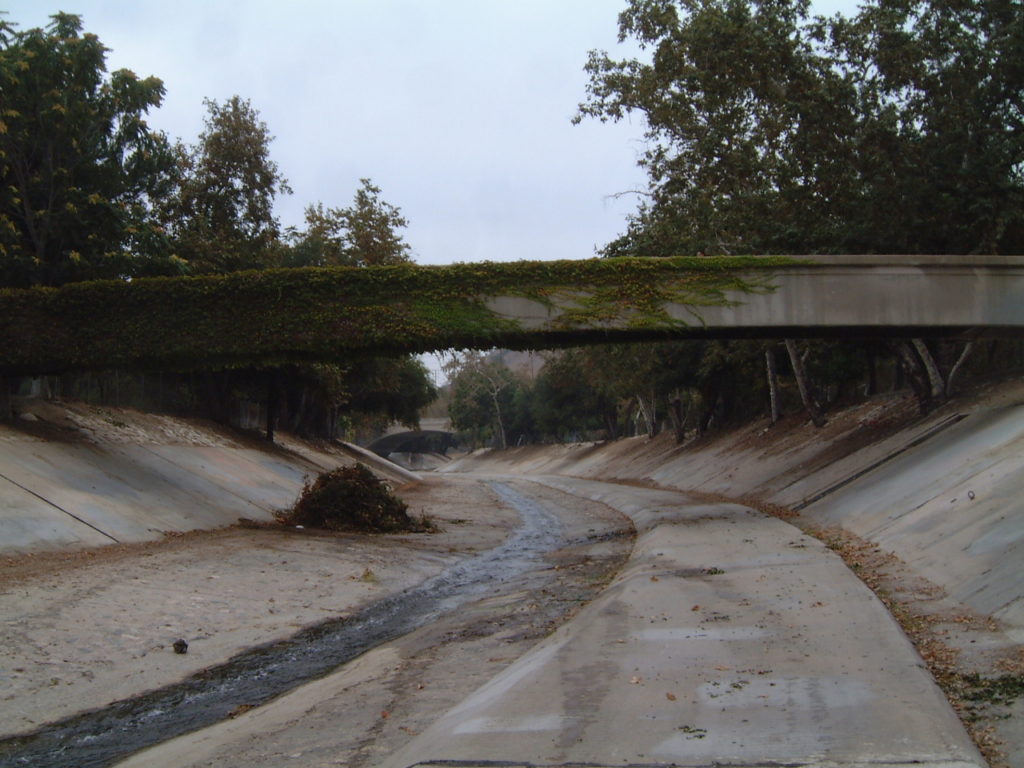 But it used to be a real river.  For nine months of the year in arid Los Angeles, it was often little more than a trickle.  But during the rainy season, it would often go wild, lashing the city like a dropped firehouse and scouring gravel and soil across a seven-mile-wide floodplain.  Such an untamed river was not acceptable to a growing city, so in 1938, the project to tame the Los Angeles River with a concrete straight-jacket began.

In recent decades, conservation organizations and neighborhood groups have worked to recreate some semblance of nature along parts of the waterway, restoring small creeks and planting native trees and shrubs in new parks.

Now, the U.S. Army Corps of Engineers is partnering with the City to launch a large, coordinated restoration project for the LA River.  The plan is to remove 3 miles of concrete and enhance an 11-mile run known as the Glendale Narrows.

There will be no return to the original river.  It has no connection to groundwater and several toxic waste sites in the area will prevent any re-connection for the time being.  Furthermore, many places where a living river would go are filled with roads, houses, and commercial buildings.

But the hope is to restore at least some nature to the city, adding green space and more pleasant surroundings.  Those movie car chases may soon need someplace else to go.

How to Restore an Urban River? Los Angeles Looks to Find Out

‘Restoring an Urban River’ from Earth Wise is a production of WAMC Northeast Public Radio.