You are here: Home / Climate Change / Shoes From Garbage 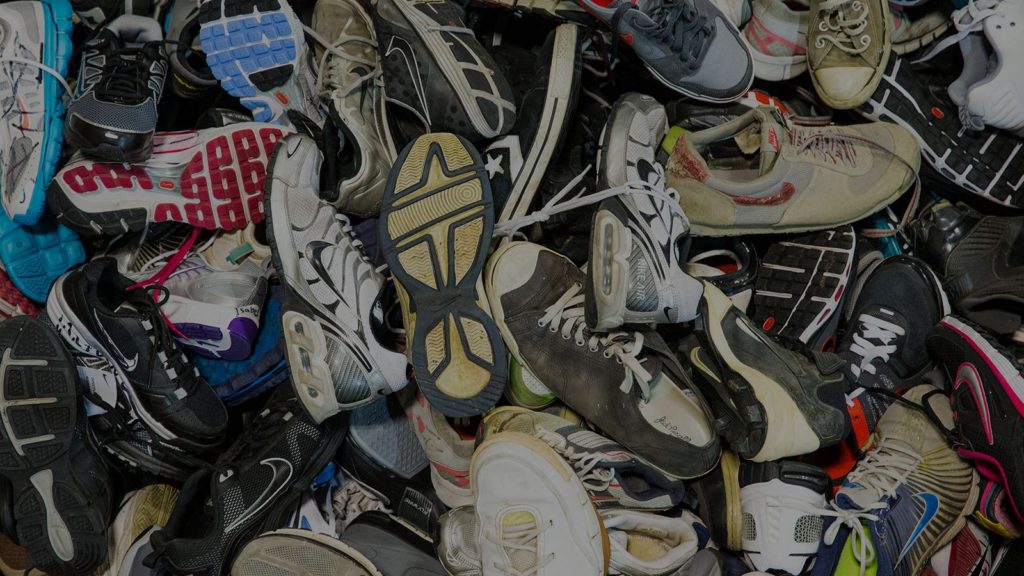 Apparel giant Nike recently announced that 71% of its footwear now contains materials made from waste products from its own manufacturing processes.  They call the waste material “Nike Grind,” and it is made from recycled sneakers, plastic bottles, and manufacturing scraps from Nike’s factories.

Nike collects old shoes in its Reuse-A-Shoe program, which collects 1.5 million pairs of shoes each year.  This is different from most shoe donation programs, which seek lightly-worn shoes to send to needy communities or individuals.  The Nike program takes worn-out shoes that would otherwise go into landfills.

To make Nike Grind, the shoes are sliced into three parts and then ground into rubber bits, foam, or a fluffy fiber.  Not all of the material goes back into Nike products.  Some of it is sold to buyers who use it to line running tracks, playgrounds, gym and weight room floors and for carpet underlay.

Nike has set some ambitious environmental goals for itself.  Back in 2010, the company vowed to stop purchasing carbon offsets like many companies do but rather slash its own carbon emissions.

In the aftermath of the Paris climate accords, Nike is working to reshape its manufacturing processes to be “closed loop”, eliminating all waste products.  More than a publicity ploy, Nike is partnering with the British nonprofit the Ellen MacArthur Foundation to help build the circular economy.

Nike has historically been the target of considerable criticism for working conditions in its sub-contractor factories.   But these days, it is a company that is committed to doing the right thing for the planet.  Putting its garbage in its shoes is a step in the right direction.

‘Shoes from Garbage’ from Earth Wise is a production of WAMC Northeast Public Radio.