You are here: Home / Economy and Policy / Tiny Forest Pests Cause Big Problems 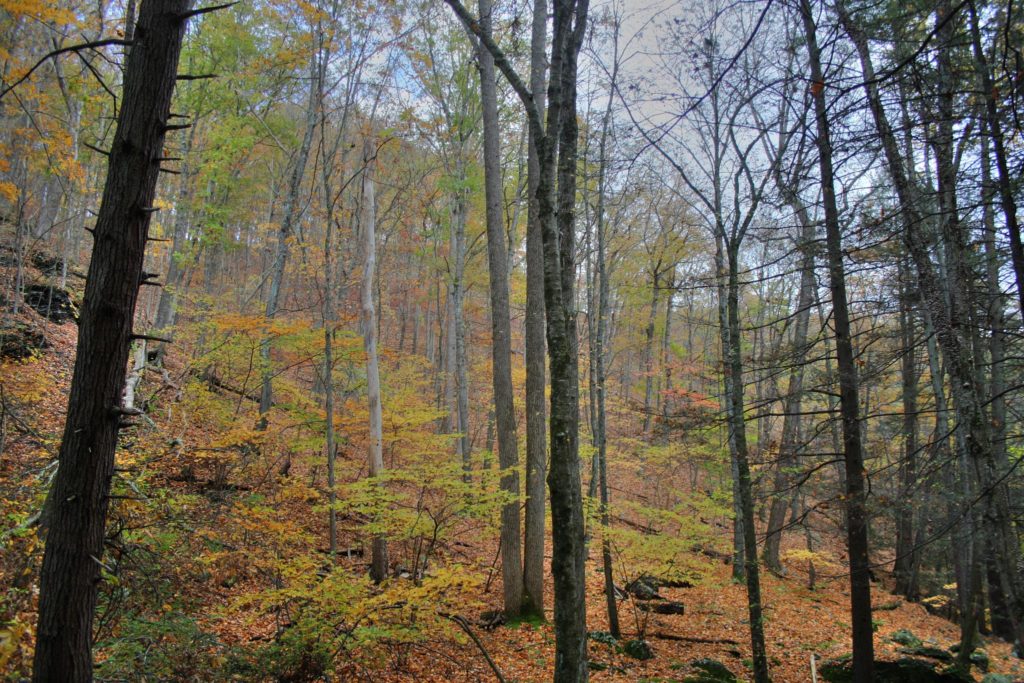 Each year, more than 25 million shipping containers enter the U.S.  All too often, highly destructive forest pests are lurking among their imported goods. Wood boring insects arrive as stowaways in wood packaging, such as pallets and crates. Other forest pests and pathogens hitchhike in on foreign-reared plants bound for American nurseries.

According to Gary Lovett, a forest ecologist at the Cary Institute of Ecosystem Studies, imported forest pests are the most serious and underappreciated threat facing trees in U.S. forests, parks, and communities. They are the only forest threat that can decimate an entire tree species in a generation.

Take the case of American chestnuts. The stately hardwoods were once common throughout the Northeast, where they were revered for their wood, tannin-rich bark, and nuts. Chestnut blight – a fungus that arrived on nursery stock imported from Japan – killed off a staggering 99.9% of American chestnuts. An estimated 4 billion trees … gone!

Sixty-three percent of U.S. forestland is at risk of increased damage from already established pests. And under current U.S. policies, 25 new invaders become established each decade. Imported forest pests cost well over $2 billion annually, with municipalities and property owners footing most of the bill.  Lovett explains…

“It makes a whole lot more sense to keep these pests out of the country in the first place rather than trying to deal with them after they are already here.  We need to focus on prevention measures, otherwise we will be locked in a constant and costly battle to protect the trees in our forests, our yards, and our cities.”

It’s time to shift the economic burden of dealing with forest pests from property owners and municipalities back to the importers and shippers responsible for introducing them in the first place.

—Earth Wise is a production of WAMC Northeast Public Radio, with script contribution from the Cary Institute of Ecosystem Studies.

‘Trees Trouble’ from Earth Wise is a production of WAMC Northeast Public Radio, with script contribution from the Cary Institute of Ecosystem Studies.