You are here: Home / Economy and Policy / Human-Caused Earthquakes 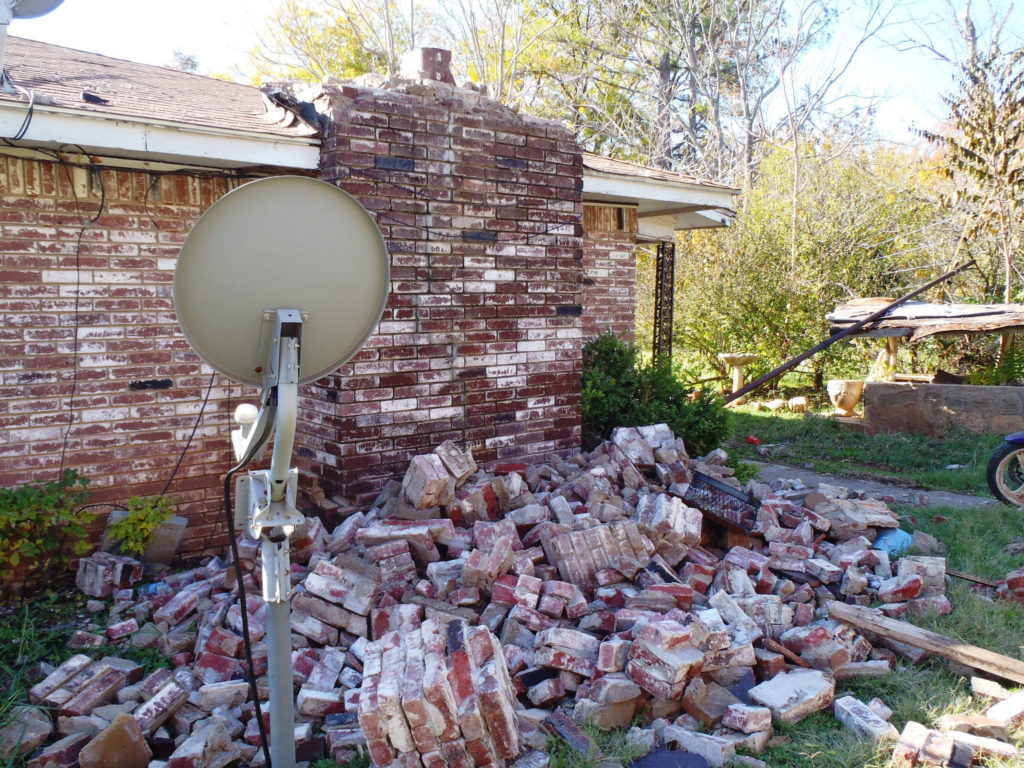 Oklahoma has had its share of disasters over the years.  It has seen tornado outbreaks, massive wildfires, huge dust storms and even onslaughts of tumbleweeds.  But one thing it was not known for is earthquakes.

But thanks to the widespread and intensive use of oil and gas wastewater being pumped deep into the ground, parts of Oklahoma are now considered to be among the most likely places in the United States to experience a damaging earthquake in 2016.

The largest risks are in north-central Oklahoma and in a tiny sliver of southern Kansas, where there is a 5-12 percent chance per year of an earthquake strong enough to cause buildings to crack or even collapse.

The USGS has started including these predictions because of the enormous increase in seismic activity in the region since wastewater injection activities have increased by a factor of five to ten.  At the same time, earthquakes of magnitude 3.0 and greater have increased from a total of less than 100 between 1970 and 1999, to almost 600 in 2014 alone and 907 in 2015.

The collapse of oil prices has led to steep declines in wastewater injection, so this year there have only been about 200 quakes in Oklahoma so far.

Nevertheless, injecting waste water deep into the earth has awakened the landscape of Oklahoma in troubling ways.

‘Human-Caused Earthquakes’ from Earth Wise is a production of WAMC Northeast Public Radio.