You are here: Home / Air and Water / Bolivia’s Disappearing Lake 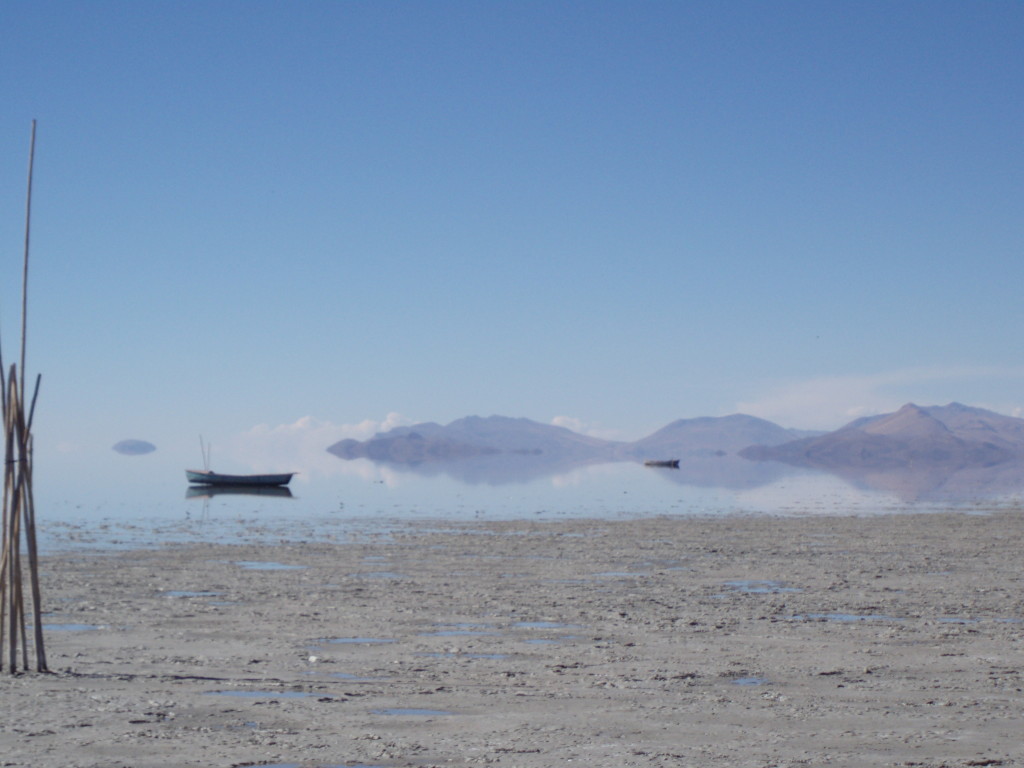 Bolivia’s second largest lake has nearly disappeared. Lake Poopó, a saltwater lake located in a shallow depression in the Altiplano Mountains, used to cover an area about the size of Los Angeles. While it’s not the first time the lake has dried out, scientists believe its recovery hangs in the balance due to the combined stress of drought, climate change, and water diversion.

Historically, when Lake Poopó suffered El Niño-driven dry spells, it was replenished by melt water from Andean glaciers. But now much of the water that makes it into Lake Poopó’s tributaries is diverted for industrial or agricultural use. The little water that flows downstream is compromised by the heavy sedimentation caused by development and runoff.

Adding to the problem – the climate in the Andean mountains has warmed over the past century, causing Lake Poopó to lose more water to evaporation. As the lake’s fragile ecosystem collapses, so too does a way of life. Hundreds of residents dependent on fishing have been forced to relocate.  Once bustling with fish and a respite for migratory birds, the lake has become parched and desolate.  Lisa Borre is a lake expert with the Cary Institute of Ecosystem Studies.

“Lake Poopó is suffering from more than drought. There has also been mismanagement of the lake’s water supply. So simply put – what’s happening is that not enough water is reaching the lake because sediments are blocking the flow of water in the river that feeds the lake.  So this is a problem that is also brought about by the mismanagement of the lake and its water resources.”

When a life-sustaining lake known for its azure waters and wading flamingos dries up into a puddle, we need to bear witness and press for action.

Will Lake Poopó eventually recover?  Lisa Borre with the Cary Institute of Ecosystem weighs in.

Bolivia’s Second Largest Lake Has Dried Out. Can It Be Saved?

‘Bolivia Lake’ from Earth Wise is a production of WAMC Northeast Public Radio, with script contribution from the Cary Institute of Ecosystem Studies.