You are here: Home / Podcast / Wildfires And Giant Sequoias 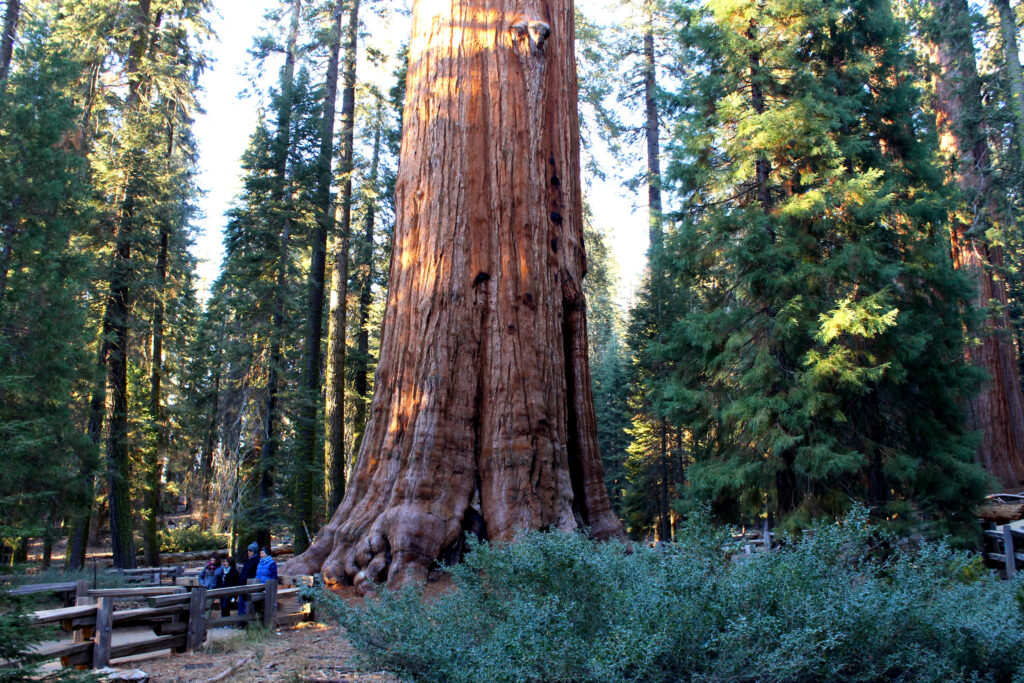 Two massive California wildfires that erupted during a lightning storm on September 9 have continued to threaten groves of giant sequoia trees in the southern Sierra Nevada mountains.  As of the beginning of October, flames from the KNP Complex fire had burned in or passed through 11 sequoia groves, including the famed Giant Forest in Sequoia National Park.

Hundreds of firefighters battled to protect some of the most renowned trees, including the 275-foot-tall General Sherman tree, widely considered to be the largest tree on earth by overall volume.  That tree and many near it are over 2,000 years old.

Firefighters wrapped the base of the General Sherman and several other trees with fire-resistant blankets to protect them from the intense heat of approaching fires.  Sequoias are actually well-adapted to fires because of their thick bark that protects them from heat.  But intense fires like the KNP Complex and Windy fires are more than the trees can handle.

As of the beginning of October, both fires continue to blaze, but thanks to the efforts of firefighters, most of the giant sequoias have survived.  One massive tree in the Giant Forest recently toppled over after burning for several days, but most are still standing and haven’t suffered serious damage.

As of early October, the two fires had blackened over 140,000 acres across national parks, national forests, the Tule River Indian Reservation, and local communities.  These two are among multiple wildfires burning in California this past summer.  The largest – the Dixie fire – has burned nearly a million acres as of early October.  In total, over 2.5 million acres have already burned in California this year.