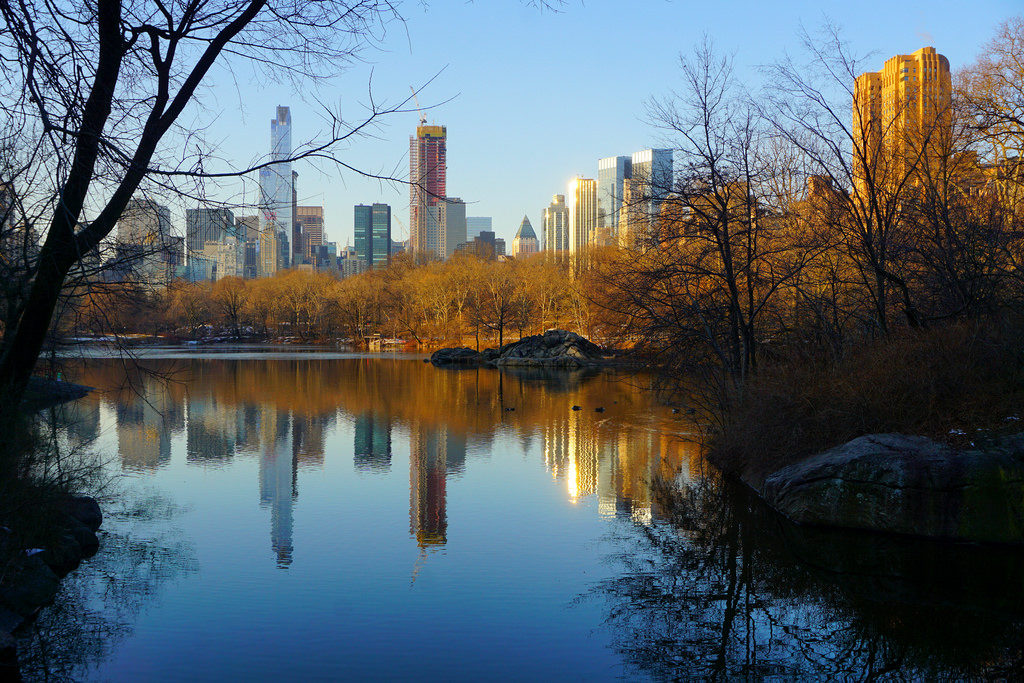 There are many examples.  Urban populations of some birds, in order to adjust to traffic noise, are becoming hard-wired to sing at a higher pitch.

The white-footed mice living in New York’s Central Park have evolved genetically to have greater resistance against aflatoxin, a harmful compound that forms on discarded nuts when a fungus grows on it.  Another gene in the mice allows the local specimens to better accommodate very fatty diets.  Central Park mice feed on discarded junk food, nuts, and other items from human visitors.

Anole lizards are commonplace in the Caribbean.  In Puerto Rico, they live both in the forest and in cities.  In the forest, they run around on tree branches and catch insects.   In the city, they mostly hang around human structures like walls and windows, which are much smoother than forest surfaces.  As a result, city anoles have evolved to have longer legs and more lamellae – sticky pads – on their toes.  Forest lizards, when placed in the city, have real trouble getting around.  The city lizards run up and down windows and walls with no problem.

The fragmentation of the bobcat population in Los Angeles created by un-crossable freeways has led to the development of disease resistance in local populations.  In San Diego, juncos in the city have developed different colored feathers from those in the nearby mountains.

The spread of human influence on the natural world is driving urban evolution in species we didn’t even know are evolving.

Urban Darwinism: How Species Are Evolving to Survive in Cities

‘Urban Darwinism’ from Earth Wise is a production of WAMC Northeast Public Radio.