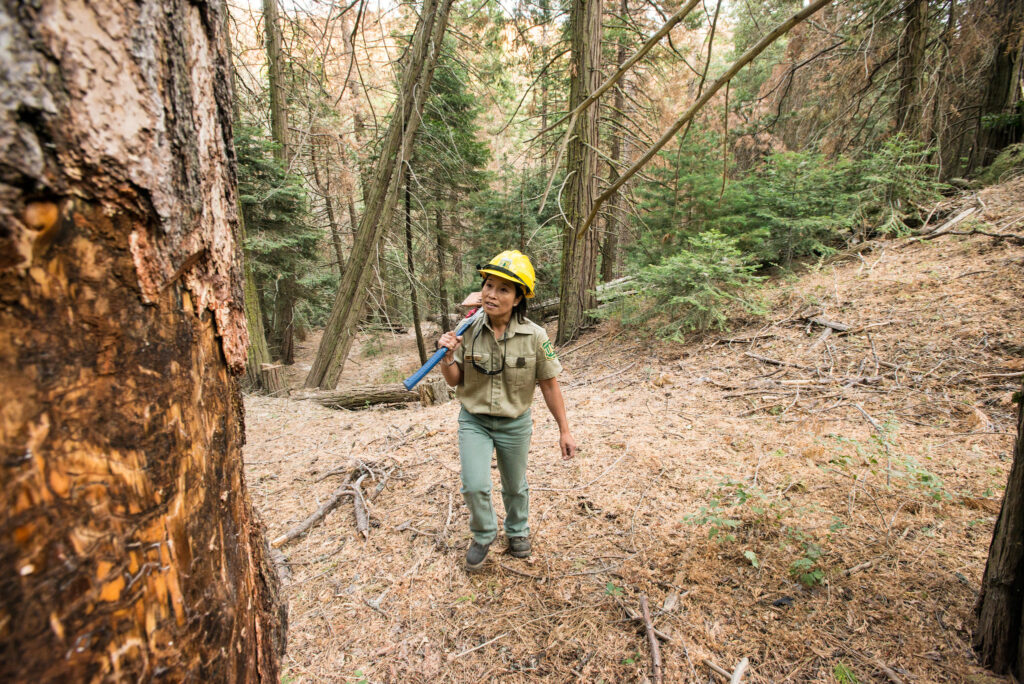 California has suffered from numerous large wildfires in recent years.  The two largest in the past century took place in 2017 and 2018, and just these two alone burned nearly 750,000 acres, destroyed over 1,200 structures, and killed 24 people.

Apart from the fires, drought, the warming climate, and bark-beetle infestations have killed 147 million California trees since 2013, most of them along the spine of the Sierra mountains.  These dead trees represent a significant danger in forthcoming fire seasons as they threaten to burn with enormous intensity.

There are now biomass projects in California that thin trees in overcrowded forests and remove dead and diseased trees and turn them into wood chips to supply community biomass facilities that burn them to produce heat and electricity.

There are critics of these programs who claim that they are damaging and destroying ecosystems.    They also point out that burning forest fuels emits 50% more carbon than burning coal and three times as much as burning natural gas.  This is true of biomass in general but is mitigated by the fact that it in principle the carbon can be recaptured by new forest growth.

In California, A Push Grows to Turn Dead Trees into Biomass Energy