You are here: Home / Podcast / Energy Justice In California 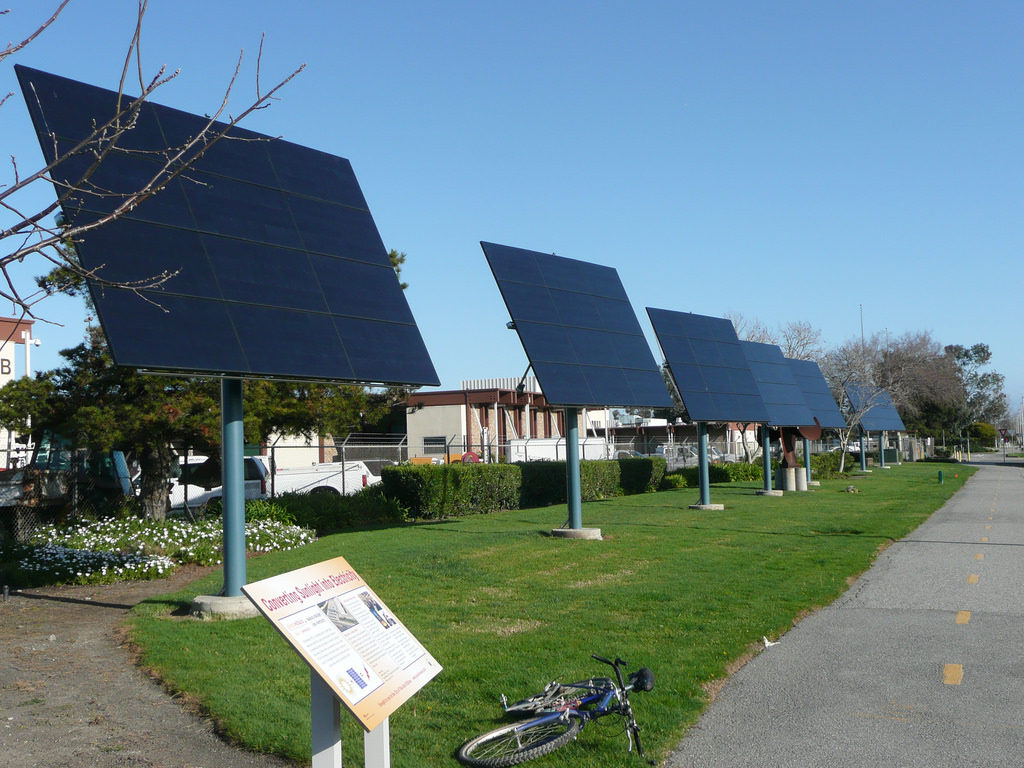 But there is more to it than just reducing carbon emissions.   The state law directs 35% of these greenhouse gas auction proceeds to benefit low-income neighborhoods and disadvantaged communities.  The goal is to democratize climate policies and benefits by addressing energy inequality.

Low-income households pay more for utilities per square foot than the average household – by some estimates at triple the rate.

The cap-and-trade money in California is being put to use to try to address some of these problems.  For example, a farmworker housing project in the Central Valley now has energy-efficient, heat-pump water heaters, low-E windows, and solar carports.  These improvements have reduced utility bills by 75%.

Residents in East Palo Alto, a heavily Latino city with a poverty rate of 16.6% located minutes from the riches of Silicon Valley, are getting energy efficient appliances, new lighting, and even solar power.  Solar systems for multifamily affordable housing in California can access $100 million in annual rebates over the next 10 years under a new statewide program.

California is not alone in seeking energy justice.  Some of the nine New England and Mid-Atlantic states in the Regional Greenhouse Gas Initiative, including New York, are also using cap-and-trade auction proceeds to assist low-income residents and communities.

‘Energy Justice in California’ from Earth Wise is a production of WAMC Northeast Public Radio.